Miriam O'Callaghan has announced that she is taking a break from her summer chat show as she has "too much to do and too little time".

Speaking in this week's RTÉ Guide the popular presenter, who is working on a documentary to mark the 50th anniversary of the beginning of the Troubles in Northern Ireland, explained: "I will be busy with the referendum up to June and then we have the visit of Pope Francis in August and then this documentary.

"But I will be back with my chat show next summer."

The presenter was also asked about her ideal guests for her RTÉ Radio One show, Sunday with Miriam, by the RTÉ Guide and she chose her late sister Anne and her father.

Anne died from cancer, and her passing was recalled by O'Callaghan as Daffodil Day approaches on March 23.

"It's not until it hits you or someone you love that you think about cancer, " she said.

"In my case it was my precious sister Anne, who died of cancer at the age of 33, leaving behind two tiny little girls and a loving husband."

O'Callaghan was also asked about her religious beliefs. "Am I a go-to-mass every Sunday Catholic? No I'm not. Am I a person who says prayers quite a bit? Yes I am."

you can read the full interview with Miriam O'Callaghan in this week's RTÉ Guide. 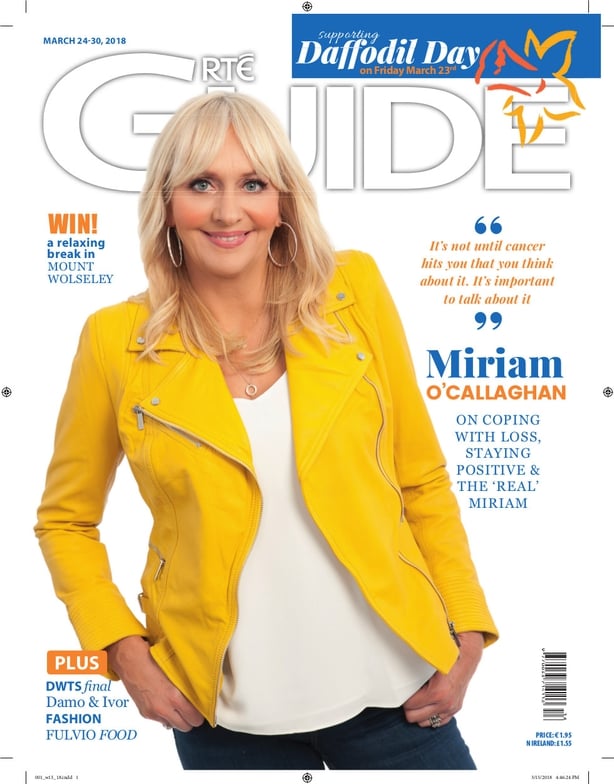