Vogue Williams and former Made in Chelsea star Spencer Matthews have announced that they're expecting their first baby together.
After announcing their engagement at the beginning of February, they've now revealed that Vogue is four months pregnant, with Spencer telling Hello! that he feels like "the luckiest man in the world".
"We were together when we did the test, on holiday in the South of France over Christmas, and we were just like, 'Wow'," Vogue told the magazine.
"Regardless of how long you plan it for or how long you've wanted it, it's still like, 'Oh my God!' It's such exciting news." 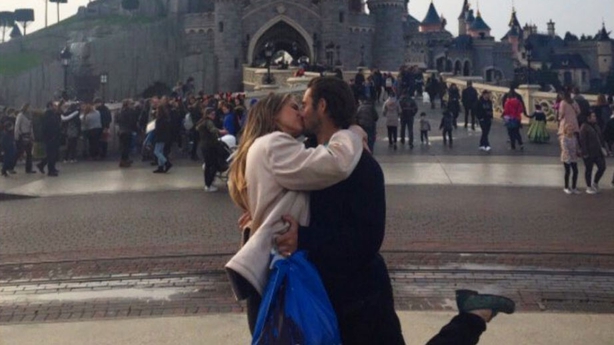 Spencer added: "I think we were more taken aback by how quickly it had worked, as opposed to the fact we're having a kid. Because we had already begun to try.
"So I just considered myself the luckiest man in the world when we got the baby news. We were heading down that matrimonial road anyway, so now we feel doubly blessed."
The couple both shared the news on social media too, with Vogue stating on Instagram:" I couldn’t be more delighted to announce that we are expecting our first baby! Being with you @spencermatthews is the best thing that has ever happened to me, you are the dream".