Cheryl has said she is "not bothered" about speculation on the state of her relationship with One Direction star Liam Payne.

The former X Factor judge made her comments at the opening of The Prince's Trust and Cheryl's Trust charity centre for young people in her native Newcastle.

Media reports at the weekend claimed that Cheryl and Payne - who are parents to 11-month-old son Bear - were on the verge of splitting up.

Earlier this month there was speculation that they were going to marry.

When asked by BBC Breakfast if she was frustrated to see stories about her private life, Cheryl replied: "No, it doesn't bother me at all because my focus is solely on this.

"I've waited for seven years to finally be here and none of that matters. This is the most important part for me."

Singer, X-Factor judge and now charity ambassador...@CherylOfficial and the @PrincesTrust are opening a new £2 million centre for disadvantaged young people in her home town of Newcastle. pic.twitter.com/7pDamAJwPX

"It feels absolutely amazing to actually finally be here," Cheryl continued. "This has been ongoing for many years."

Discussing the work of the charity centre, she said it would "help thousands and thousands of youth change their lives".

"I want to start in the heart of Newcastle because that's my hometown and where I grew up and where I struggled as a teenager," she explained.

@CherylOfficial has arrived! Peak excitement here in Newcastle
On @BBCBreakfast in 6 mins pic.twitter.com/8aYY8dSpmC

"If I hadn't been fortunate enough to get out I don't know where my life would be right now."

"I want to say anybody, if you're feeling... vulnerable, sad, lost, the door's here. You're more than welcome. We'll welcome you with open arms... that's what we're here for," she added. 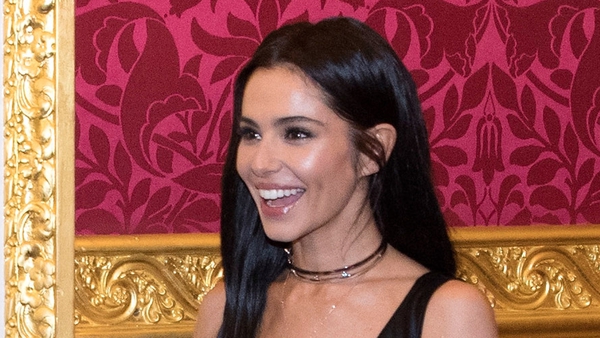