Actress Anna Friel reveals that she is always 'drained' and 'exhausted' after filming the bleakly noir detective series Marcella which begins another run.

The ITV crime drama, featuring the eponymous policewoman, Marcella (Backland) is written by Swedish screenwriter Hans Rosenfeldt who wrote the globally-popular The Bridge.

Friel won best actress at the 2017 International Emmy Awards for her demanding role as Marcella who battles psychic difficulties in the course of her challenging police work.

"I feel so completely drained and exhausted whenever I complete filming Marcella, " she told the Belfast Telegraph. "The body doesn’t understand that it’s not real, so the camera sees the thoughts that you have and the thoughts you have to have, to be the thoughts that Marcella has."

In Steven Soderbergh’s explicit Amazon Prime vehicle, The Girlfriend Experience, Friel plays Erica Myles, a Republican fundraiser engaged in a series of relationships with other women

"Anyway it was more about the power dynamics of submission and dominance rather than the explicitness of the sex," she remarked.

The 41-year old actress will star in and also co-produce Butterfly for ITV, a topical drama in which she plays the mum of a little boy called Max who wants to change gender to become Maxine.

"It's about transgender, so it's a topic that has been massively debated and discussed, and I would urge anybody to not voice an opinion without doing their proper research, because I didn't have any idea the trauma that some of these poor angels are going through - and their parents, what they're going through as well," the English actress and former Brookside star told the Northern Echo.

"It's a continual battle and a struggle and it's hugely controversial but we all have to have empathy, heart and compassion." 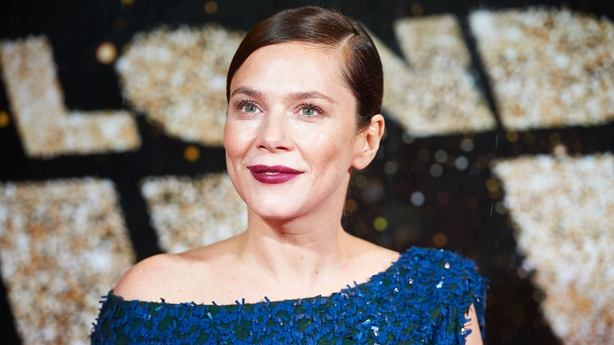