Justin Timberlake returned to the Super Bowl in the US for the first time since 2004's infamous "wardrobe malfunction" with a halftime show that featured many of his hits, and a duet tribute to Prince.

Timberlake, who has just released his new album Man of the Woods, began his dance-heavy, medley performance at Minneapolis' US Bank Stadium with new track Filthy which segued into Rock Your Body - the song he was performing with Janet Jackson at the Super Bowl in 2004 when Jackson's breast was accidentally exposed.

Timberlake and band The Tennessee Kids then brought SexyBack to the stadium, followed by My Love and Cry Me a River.

Moving to a small stage for Suit & Tie, Timberlake was backed by a besuited marching band. He then changed the mood with Until the End of Time and paid tribute to Minneapolis' native son Prince with a piano cover of I Would Die 4 U, during which footage of the late singer from Purple Rain was projected onto a giant purple curtain. 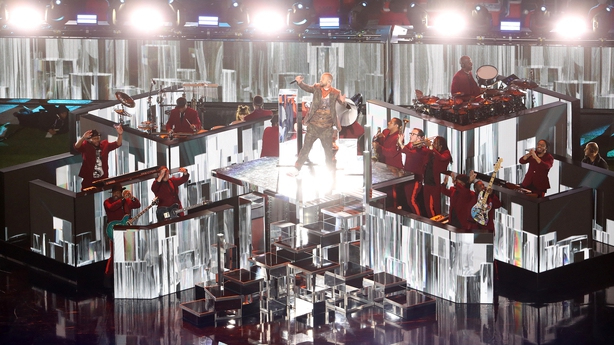 Returning to his own hits, Timberlake closed out his performance with singles Mirror and Can't Stop the Feeling, with the latter seeing the showman run into the crowd and encouraging people to sing and clap.

Reviews were decidedly mixed - some praised Timberlake while others took issue with the Prince tribute and the sound. There was also disappointment that neither Jackson nor Timberlake's former group NSYNC made guest appearances. 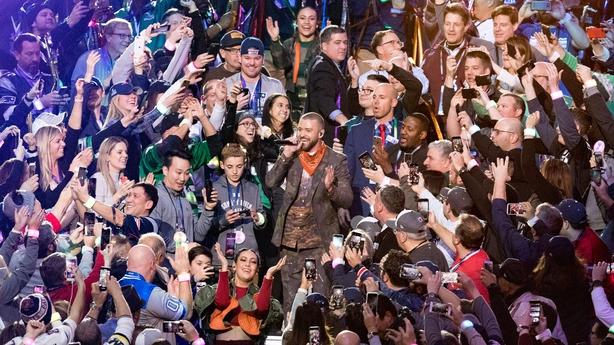 Maybe the best halftime show ever. (Next to U2). JT for POTUS!#SuperBowl2018

My feeling mo mixed than a bag of party Chex.

Prince didn’t like Justin Timberlake.. it’s kind of rude to use his image for this performance #PEPSIHALFTIMESHOW