She may play unlucky-in-love Whitney Dean on the soap, but actress Shona McGarty has revealed she is set to marry her boyfriend of five years Ryan Harris.

The 26-year-old star revealed Harris popped the question on her birthday after arranging a surprise party and hiding the engagement ring inside the cake.

Speaking to OK! Magazine McGarty explained: "Ryan threw me a surprise party for my birthday at a golf course and the choir who I sing with burst into song. When I cut the cake, there was a box on the top of the cake with a ring inside.

"We're getting married towards the end of the year in the UK. We'd like an Irish-themed wedding as my family is from Southern Ireland. I'll be inviting my friends from Eastenders too."

McGarty also revealed that she and Harris were friends for a long time before they became romantically involved – in fact that help on one another get through their past break-ups.

Harris had split from the mother of his two children, Scarlett, ten and Alfie, six, while McGarty had relationship with former co-star Matt Lapinskas, who played Anthony Moon, had come to an end.

McGarty said: "Obviously it was harder for Ryan, but my break-up was publicly humiliating for me, so that was hard.

"To be honest I never thought I’d go out with someone who already had children, but it couldn’t have worked out any better. It’s so lovely and I couldn’t imagine my life without them now."

Speaking about adding to their family McGarty said: ‘I always say I’d like to start when I’m around 30, but you never know what’s going to happen. I come from a big Irish family so I want loads of children – we’d definitely like a large family." 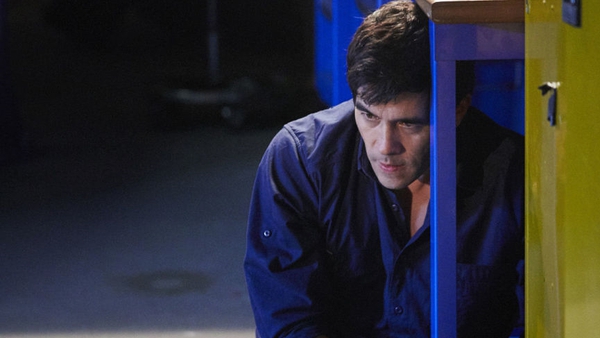