Thousands of people paid their respects to the late Cranberries lead singer Dolores O'Riordan in Limerick City on Sunday.

Her body is lying in repose at Saint Joseph's Church, O'Connell Avenue. The singer's removal service on Monday and funeral on Tuesday will be private. 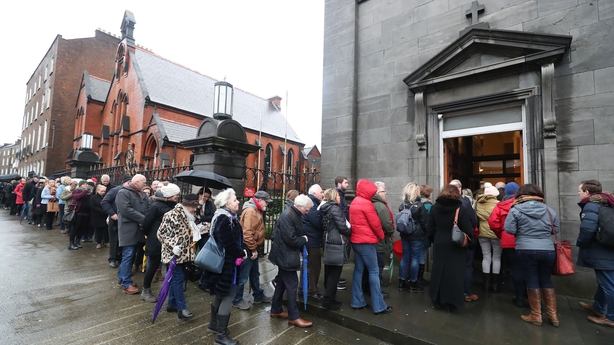 Many of those paying their respects at St Joseph's Church on Sunday held flowers, while a floral tribute beside the coffin read: "The song has ended, but the memories linger on."

Bishop of Limerick Brendan Leahy said: "It was very moving to be here, to see the generosity of Dolores' mother Eileen and other family members, not alone in providing this opportunity ahead of the funeral for the public to pay their respects, but for being there also."

Dolores O'Riordan was found dead at a hotel on central London's Park Lane last Monday morning. She was 46.

At the opening of the inquest into her death at Westminster Coroner's Court on Friday, coroner's officer Stephen Earl said: "This lady was staying at a hotel in central London when on Monday 15 January she was found unresponsive in her room.

"The London Ambulance Service was contacted and verified her death at the scene.

"Subsequently the Met Police attended and they determined the death to be non-suspicious."

He added: "A post-mortem has now been carried out and the court is awaiting results of various tests that have been commissioned."

Coroner Shirley Radcliffe adjourned the hearing until April 3 when a date for the full inquest will be set. 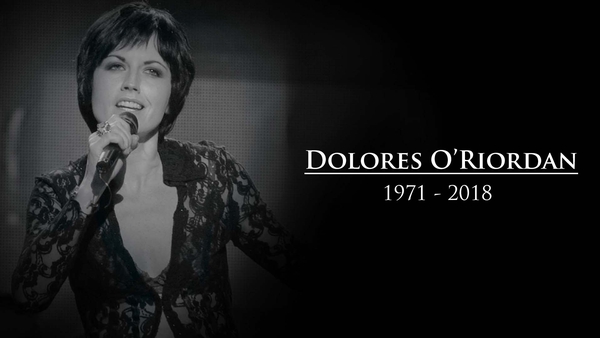