Martine McCutcheon can't bear to watch her own Love Actually scenes and admits she walks out of the room when her character makes an appearance.

The 41-year-old actress and singer, who played Downing Street secretary Natalie in the festive favourite, said it was a ''dream come true'' to star opposite Hugh Grant but says she can't bring herself to sit through her own scenes.

''I wanted to marry Hugh Grant when he was in Four Weddings and a Funeral! 'I'm fine watching the others, but the minute I'm on screen, I walk out of the room. I can't bear it," McCutcheon told BANG Showbiz. 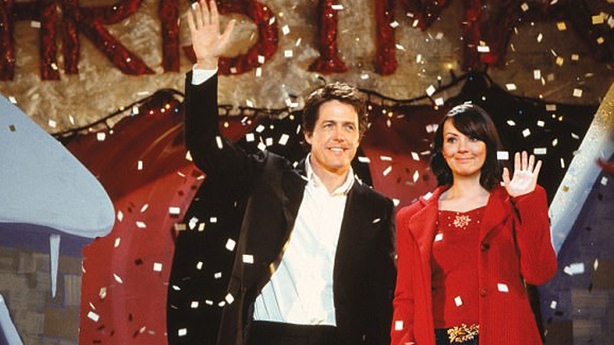 The 2003 film's creator and director Richard Curtis, who is also the co-founder of Comic Relief and has co-produced the event for the BBC since 1988, created the ten-minute short, which revisited some of the famous storylines 14 years on from the original film - including a final resolution to the film's famous love triangle between the characters played by Andrew Lincoln, Knightley, and Chiwetel Ejiofor.

"Me and Hugh are like chalk and cheese - that's what makes us work. He's nervous about dance scenes, where as I go, "Yeah!" and get stuck in. We bring the best out of each other.'

"I could tell she's [Natalie] definitely matured. We've all gone through loads, so it's nice to see us all looking well. The only sad thing was that we didn't have Alan [Rickman]".