Figures from the world of showbiz have taken to Twitter to pay tribute to late TV presenter Keith Chegwin who has died aged 60.

The news of the veteran TV star's death came on Monday (December 11), when his family released a statement saying he had passed away following a "long-term battle with a progressive lung condition".

A host of Chegwin's friends in the entertainment industry took to Twitter to voice their sadness at his death.

Broadcaster Tony Blackburn said he was "absolutely devastated" at the loss of his friend, saying "he was one of the nicest people I have ever known".

I’m absolutely devastated to hear that my friend Keith Chegwin has died.He was one of the nicest people I have ever known and over the years we did shows together and became great friends. Keith RIP.

Former boxer Frank Bruno tweeted that he was "saddened" by the news, saying he was "a great guy" and "a great entertainer".

Saddened to hear this,what a great guy! I worked with him a lot over the years a great entertainer,you will be missed RIP Keith Chegwin🙏🏽 pic.twitter.com/EghfdBa8rm

This Morning presenter Phillip Schofield said Chegwin was one of his "original Saturday morning heroes".

I’m so stunned to hear that the utterly lovely @keithchegwin has died. Can’t get my head round this. One of my original Saturday morning heroes. Sending all my love to his family 😢

Very sad to hear about the death of Keith Chegwin. A kind, funny, brave man who seized the day.

Presenter Lizzie Cundy tweeted that she was "heartbroken" at the news of Chegwin's death, adding "thank you for all the laughs".

Heartbroken that @keithchegwin has past away. Always such fun, a lovely genuine chap. Rest in peace Keith ,thank you for all the laughs 🙏🏻💞

Singer and actress Suzanne Shaw said the TV star was "a lovely, talented and genuine man".

Such sad news. RIP Keith Chegwin. Such a lovely, talented and genuine man. You will be missed.

Take a look at more of the tributes for Keith Chegwin below.

And just like that another piece of my childhood dies! Cheggers Plays Pop, Swap Shop. RIP Keith Chegwin

Keith Chegwin has died….grew up watching him on the box. How sad. His laugh was amazing.

I’m so saddened by the death of Keith Chegwin. He was such a warm, loving guy and had such an endearing presence. Rest In Peace Keith 😔 pic.twitter.com/jt0og5eXko

Keith Chegwin was great at jokes that exposed consumer concerns eg: "Taking up scuba diving - I’m using a Walkers crisp bag - which has enough air in it to last for three hours"

Such sad news. Very much a part of my childhood. RIP Keith Chegwin. pic.twitter.com/IFL7TujE9b

Deeply saddened to hear the news of Keith Chegwin passing away. Thoughts go out to his family and friends. D x pic.twitter.com/jLjSIuxPq5

So sorry to hear of the loss of the wonderful Keith Chegwin. Love to his family and friends. Xx pic.twitter.com/fybGz9g6N6

Awful news about Keith Chegwin.  Remember him with huge fondness from Swop Shop.  Always an icon for people my age.  #RIPcheggars

Keith Chegwin; a man who glowed with laughter and optimism. Your boundless joy permeated an - often joyless - world. Thank you for the memories. RIP. JR #keithchegwin

Terribly sad news about the passing of Keith Chegwin aged only 60. Spent my childhood watching him on the tele. RIP Cheggers

RIP Keith Chegwin, who has died after a long battle with a lung condition. He was never without a smile and had boundless energy for life. Rest with the angels Keith 😭💖 pic.twitter.com/ukUWYaARH4

RIP Keith Chegwin. He was a true pro, a great talent and a really good person. So sad. 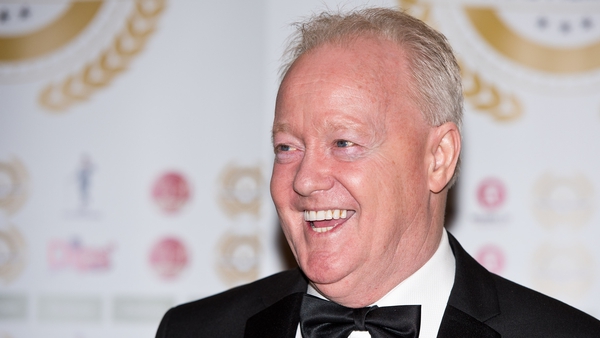