Sean and Conor Price have landed a place on The X Factor Tour next year along with winners Rak-Su and the other semi-final acts, after thrashing the competition in a UK-wide public vote.

The Irish duo, who were mentored by Simon Cowell on the show, left the programme in a double elimination, narrowly missing out on a place in the semi-finals.

They received 65.5% percent of votes in an online poll hosted by the Sun Online to take up the seventh and final spot on the tour's line-up. 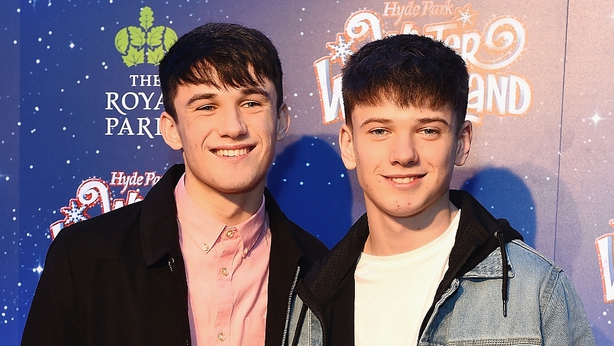 Sean and Conor and Rak-Su - who became the first boy band to be crowned the winners on the ITV show - will be joined on the tour along with runner-up Grace Davies, and Kevin Davy White, Lloyd Macey, The Cutkelvins and Matt Linnen.

Sean and Conor said: "We just want to say a massive thank you to every single person that voted for us! We love you!"

They added that they are "so excited" and will not let their fans down.

"Your support means the world to us. See you on tour!"