Sean and Conor Price say that X Factor fame has had no impact on their love lives stating that it is "the same as it was before we went on the show - dead."

Speaking to RTÉ Entertainment, the brothers said that there is a lot of interest in them on Instagram but not in real life.

Despite being voted out at the quarter final stage of the reality show, they are the third most viewed X Factor act on YouTube.

Our favourite Irish duo, @sean_conorprice, are in at 3rd place for our most viewed videos on YouTube! Their Audition blew us away then and it still does now! 🙌🎥🎤 https://t.co/POUX1lRNvL #XFactor pic.twitter.com/Xq6z0EElII

Being noticed on the street has been brilliant and hopefully it will change things and we can make music from it." they said. 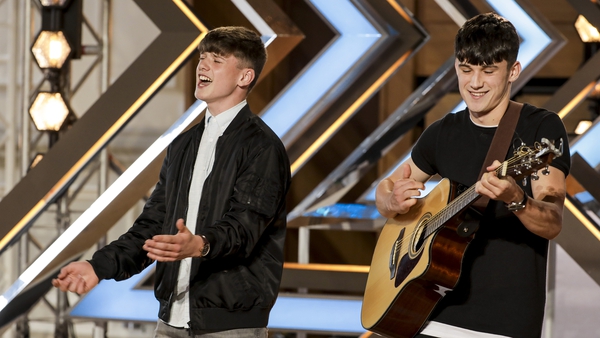 Wicklow brothers hit the right notes on The X Factor