Denis Wise is the sixth star to be voted off I'm A Celebrity... following accusations that he is bullying fellow camper and comedian Iain Lee.

The former footballer, 50, became the latest celebrity to leave the jungle after being accused of picking on the comedian and broadcaster.

Speaking on Good Morning Britain Wise said that he was "shocked to see all" the headlines, adding that he was getting 44-year-old Lee tickets to a match at his former club, Chelsea, he would be going on Lee's radio show, and that the pair planned to meet for dinner.

"I'm a little bit shocked with what's happened. We got on really well.  I think ITV wouldn't allow (the bullying)," he said.

Lee found himself subjected to criticism during a discussion about who should take on the Deadly Departure Lounge trial, after ruling himself out as he believed it was to do with heights.

His decision appeared to cause an issue with Wise, given that the duo had clashed previously over Lee putting himself forward for the trials, and ruling Iain back in, it was then decided he and McAlpine would carry out the challenge.

But Wise put the pressure on and told Lee not to fail and not to say the task-ending phrase 'I'm a celebrity...get me out of here' numerous times after he failed a previous task.

But to the delight of viewers, Lee and JMcAlpine brought six stars back to camp. During their trial they had to release dingo dollars from a set of boxes using their mouths and tongues only - the catch being that the boxes were filled with fish guts, flies, mealworms, crickets, cockroaches and frogs.

However, it wasn't all good news for Lee, as he quarrelled with Amir Khan after reminiscing about the recently departed Stanley Johnson.

The professional boxer said Johnson was "good company" before turning to Lee and saying: "On a serious note, when you came in you did f*** a lot of things up.

"Remember you came in and you bossed us all around, you split the camp up."

Talking in the Bush Telegraph later, Lee said: "Amir was being an asshole, just prodding me and making all these jokes, it wasn't funny, it made me feel uncomfortable."

I'm A Celebrity... continues on TV3 and ITV tonight at 9pm 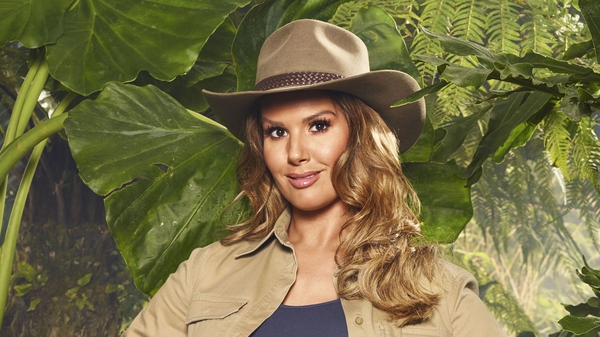 Vardy is third person to be voted off I'm A Celeb....

I'M A Celebrity...Get Me Out Of Here