Police frontman Sting has told RTÉ Entertainment that he misses living in the West of Ireland, where he had ‘wonderful neighbours’ and a house that ‘looked on to the Atlantic’.

Speaking at the launch of his musical, The Last Ship at the Bord Gáis Energy Theatre, the multi award-winning musician, who lived in Roundstone in the 80s with Police bandmate Andy Summers, called Connemara  "one of the most beautiful places on the planet".

Sting, who wrote the smash-hit song Every Little Thing She Does is Magic, while living in Galway said: "It’s a beautiful place. I lived in Roundstone and had wonderful neighbours - it is one of the most beautiful places on the planet.

"My house looked out on to the Atlantic and the mountains behind me. I have very fond memories there. I miss it."

The Last Ship, which is set in the 1980s and somewhat reflects Sting’s early years in Newcastle, received two Tony Award nominations after enjoying a run on Broadway in America. It plays in the Bord Gáis Energy Theatre in Dublin from June 4 to 9, 2018.

Very much a "passion project" and inspired by his 1991 album, The Soul Cages, Sting explained that it tells the story of how the lives of so many people where affected when the ship building industry in the North East of England came to an end.

But he was also keen to point out that the "play set to music" was not all "doom and gloom" and that there are plenty of heart-warming and funny moments throughout the show.

Sting, who released his first "rock" album in a decade late last year, also told RTÉ Entertainment that while he can stand up on stage every night and play infront of twenty thousand people without any nerves, it is a very different experience on a theatre stage.

"It’s more nerve wracking to do that but I like to stretch that muscle and not just play in stadiums all the time. I like to stand up in a pub when I can.

"Yesterday I played in a working man’s club in Edinburgh - it’s always good to change it up a little bit. I’m very glad I had that kind of apprenticeship."

Tickets for The Last Ship are on sale now.  For more see www.bordgaisenergytheatre.ie 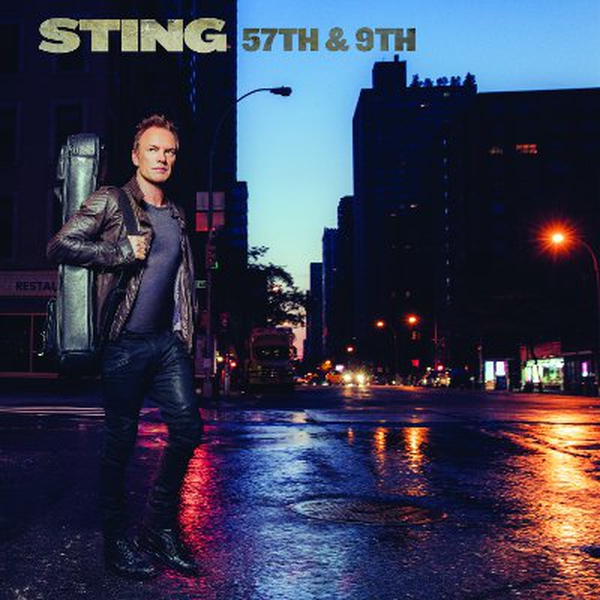