Fair City's Carol thinks she has sussed out Dan's secret and he looks to be quaking in his boots, check out this exclusive sneak peek of tonight's episode from Carrigstown.

Later, a suspicious Carol tells Dan in Vino's: "There's something seriously off between you and Aoife and you're lying to me about it."

Dan tries to bat off the accusation, saying: "I just told her to steer clear of Robbie."

"Do you have a thing for her too?" Carol accuses him.

When Karen walks into the restaurant, a look dawns across Carol's face and she tells an increasingly uncomfortable-looking Dan: "She's yours, isn't she?"

See all the drama in Fair City on RTÉ One at 8pm tonight, and catch up on the RTÉ Player.

For more soap news and the latest spoilers click here. 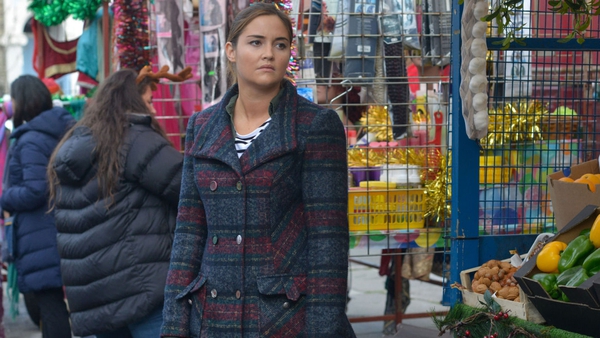