There’s a documentary about a robot personal assistant, a Prime Time special about carers, while it’s cheerio to This Crowded House and Showhouse Showdown.

Along with her team of operator assistants, Jess uses AI-based analysis to offer couples and families advice on some of the problems that life throws up.

From marriage and infidelity to obesity, Jess brings her analysis to people's big issues. AI is becoming a far greater part of all our lives.

But as the AI gets more advanced, how far will we let it into our most private thoughts and concerns? And can it ever replace real people's wisdom and advice?

Yet another new show from TLC, this one promises ‘the American family, unfiltered like you've never seen it before’.

Three families from across Trumpland allow remote-controlled cameras into their homes and viewers into their lives for a revolutionary series that reveals an intimate and uncompromising look into their daily lives.

Each couple is at a crossroads in their relationship, so the cameras should capture the tension, fights, and love that every family endures. Only these ones are doing it on TV...

Brendan Courtney is on the road helping two more adult children living at home with their parents try and explore their real options around moving out and living independently.

First up there’s 26-year old singer Sandii Hyland from Tallaght in Dublin. She moved back home to live with her mother and brother a year ago to try and save as much as she can towards a mortgage deposit.

Then there’s 25-year old Shane Day from Swords in Dublin, who’s back living with his mother and older sister for almost a year.

Shane also has a little son who stays with him a few nights a week. Though the apple of his granny’s eye, Shane’s mother Ann had not expected to have a full house again and really wants Shane to try and get his act together.

This episode of the award-winning series reveals how five-year-olds learn to recognise and deal with risk.

Talented maths fan Nathan can be easily scared and even finds playing 'goodies and baddies' traumatic.

Can his fearless new friend Ralphy show him his brave side and how does Nathan react when he's given the opportunity to handle a tarantula?

This week, Rory Kelly from County Kildare and Ciara Roche from County Wexford will go head to head with a budget of €50,000.

Ciara's design was influenced by the Scandinavian movement, with a nod to New York loft apartment living. Her design was inspired by the sea views from her wrap around balcony.

Rory's penthouse is a more timeless design with bespoke furniture and high end fabrics. He delivered an interior rich in luxury fabrics reflecting his panoramic view from the Dublin Mountains, to the City and out to the Irish Sea.

In this final episode, Kevin McCloud reveals the winner of the UK’s most prestigious prize for residential architecture: the Royal Institute of British Architects House of the Year 2017.

But first, Kevin, the architect Damion Burrows, and Michelle Ogundehin, editor-at-large of Elle Decoration, sift the final category from the long list, all of them homes that share a pared-back, minimal look.

The ubiquitous James Nesbitt stars as hard-nosed London cop Harry Clayton in Stan Lee’s pulsating drama. Down on his luck, debt-ridden and separated from his family, Harry’s fortunes take an intriguing turn when a mysterious woman gives him an ancient bracelet that is said to enable the wearer to control luck. But he soon discovers it comes at a high price.

As this Australian paranormal drama resumes for a second run, the truth about Elishia and her work come to light, a new threat emerges, and the Risen learn more about their original fates.

Thousands of people all over the country spend virtually their entire lives caring for loved ones and relatives who are unable to look after themselves.

In a special programme presented by Miriam O'Callaghan and David McCullagh, RTÉ Prime Time brings viewers into the homes of the country's carers, and asks if we are asking the impossible of them. 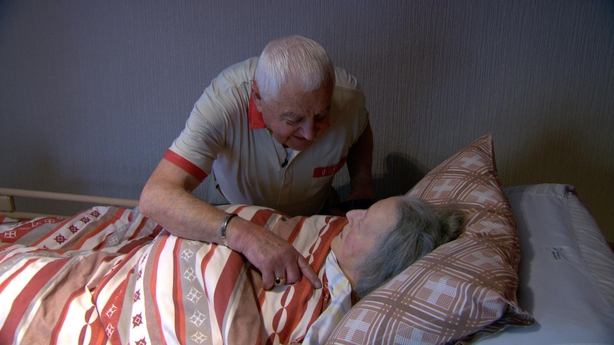