Jennifer Lawrence has said having intimate photos leaked on the internet in 2014 was a profoundly "violating" ordeal.

The 27-year-old Oscar winner had intimate photos of her posted online after her personal Apple and iCloud accounts were illegally accessed, and admits he time it almost felt like a "ransom situation" because the situation was developing so rapidly.

Speaking on the Hollywood Reporter’s Awards Chatter podcast she said: "I feel like I got gang-banged by the f***ing planet."

"When the hacking thing happened, it was so unbelievably violating that you can’t even put it into words."

"I think that I’m still actually processing it. When I first found out it was happening, my security reached out to me. It was happening minute-to-minute - it was almost like a ransom situation where they were releasing new ones every hour or so.

"And, I don’t know, I feel like I got gang-banged by the fu**ing planet - like, there’s not one person in the world that is not capable of seeing these intimate photos of me." 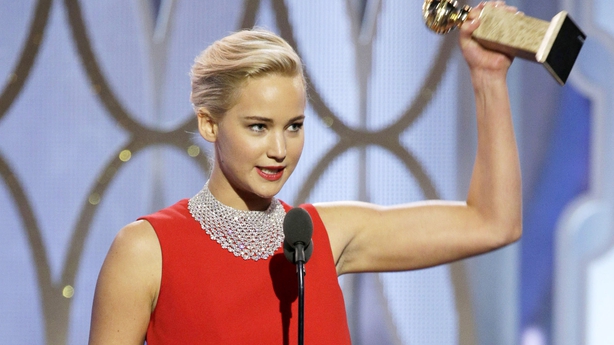 Lawrence, who was the highest paid actress in the world in both 2015 and 2016, said she is still struggling to process what happened.

"You can just be at a barbecue and somebody can just pull them up on their phone. That was a really impossible thing to process."

Lawrence added: "A lot of women were affected, and a lot of them reached out to me about suing Apple or suing [others] - and none of that was gonna really bring me peace, none of that was gonna bring my nude body back to me and Nic [Lawrence’s boyfriend at the time, Nicholas Hoult], the person that they were intended for.

A 29-year-old man was sentenced to nine months in prison for hacking the online accounts of Lawrence and other celebrities and stealing private information, including nude photos.