Champion boxer Amir Khan shouted I’m A Celebrity… Get Me Out Of Here! after he came face to face one of his biggest fears – snakes.

Khan had been selected alongside fellow campmate Georgia Toffolo to take part in the first Bushtucker Trial of the series which was called Critter-cal Rescue.

Presenters Ant McPartlin and Declan Donnelly explained that the scary challenge would take place in a giant termites nest, with one of the contestants locked in a chamber and the other celebrity rummaging in holes for keys to undo the door.

Success would mean another meal ticket for the camp.

Made In Chelsea star Toffolo, 22, headed to the chamber and, as the klaxon sounded, hundreds of crickets and cockroaches started to land on her.

Khan braved maggots and cockroaches as he searched for keys, but a nip on the hand from a mud crab was almost his undoing.

"I've not screamed this much in my life," he confessed.

When Khan shoved his hand into the next hole, he was horrified to encounter a snake.He tried to grab the key but, to his horror, ended up pulling out the creature itself.

Panicking, he crawled back down the tunnel shouting: "I'm A Celebrity... Get Me Out Of Here!"

He said afterwards: "This was my first Trial, I thought you'd take it easy on me, I'm scared of snakes."

"You really haven't seen the show before have you?" said Donnelly.

McPartlin laughed: "We don't take it easy on you."

Khan said: "I feel bad for the team because I really wanted to get some meal tickets but I just had to give up, it got so hard."

They are joined by Saturdays singer Vanessa White and YouTube personality Jack Maynard.

At the end of the episode, hosts McPartlin and Donnelly announced that Khan had been picked for the second Bushtucker Trial - named Flushed Out. 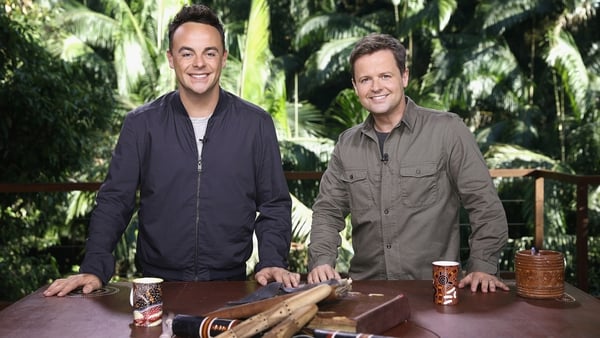 Cyclone due to hit I'm a Celebrity camp