The 23-time Grand Slam champion wore a dress by Sarah Burton for Alexander McQueen for her Beauty and the Beast themed ceremony. The blushing bride changed into a feathered Versace dress for the reception followed by a shorter dress, also by Versace, for dancing.

Up to 200 hundred people attended the nuptials at the Contemporary Arts Centre in New Orleans including Beyoncé, Eva Longoria, Kim Kardashian, Kelly Rowland and Caroline Wozniacki.

The couple recently had a daughter Alexis Olympia on September 1.

Alexis, who weighed 6lb 14ozs when she was born, is named after her father. Williams, who did not know if she was expecting a boy or a girl, guessed she had a daughter on the way during an interview with Vogue magazine.

She said: "Alexis thinks we’re having a boy, but I have a strong suspicion that it’s a girl."

"Two weeks after we found out, I played the Australian Open. I told Alexis it has to be a girl because there I was playing in 100-degree weather, and that baby never gave me any trouble. Ride or die. Women are tough that way." 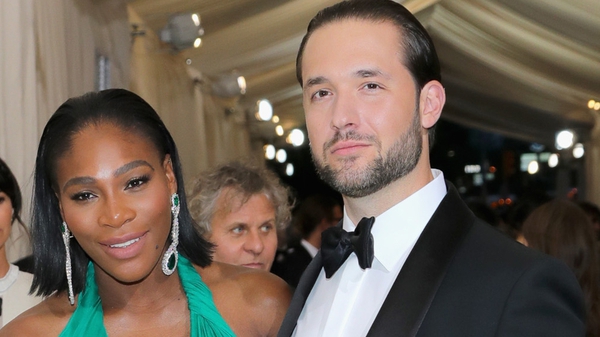