Caitlyn Jenner has revealed how her children Kim Kardashian and Kendall Jenner first discovered she was transgender when they chanced upon her dressing up in woman's clothes in the family home.

Speaking to Ryan Tubridy on Friday night's Late Late Show, 68-year-old Jenner, who revealed her identity as a trans woman in April 2015, said, "I was extraordinarily discreet and did what I had to do just in order to survive. I don't even remember whose clothes I was trying on but I just got caught a couple of times - once by Kim. Kendall said she caught me but I never knew she caught me."

.@Caitlyn_Jenner  on how Kim and Kendall had an idea what was happening with her and Brandon's amazing reaction to the news #latelate pic.twitter.com/K5OPkU2pog

The former decathlete, who won gold for the US at the Montreal Olympics in 1976, explained, "Kim walked in the house and nobody was in the house and I was dressed. It freaked her out a little bit, she didn't know quite know how to handle it and I called her later and then never talked about it again until years later and she said `what the hell's going on with you?' and I sat down and talked to her about it."

Jenner said she broke the news of his transition from Bruce to Caitlyn to his son Brandon slowly. "We were talking about it but he knew the whole story! His mother would have told him about it but we'd never talked about it. He said, `dad, you know what? I've always been so proud to be your son.

"`If I go to the airport and I hand in my ID, they say was your father Bruce Jenner? I say, yeah that's my dad'. So Brandon says I've always been so proud to be your son but I've never been more proud of you than I am tonight.'"

"I cried and I thought I hope they're all this easy! But I started with Brandon and that was the nicest thing he could have said to me at that time when I was spilling my heart and soul out to him." 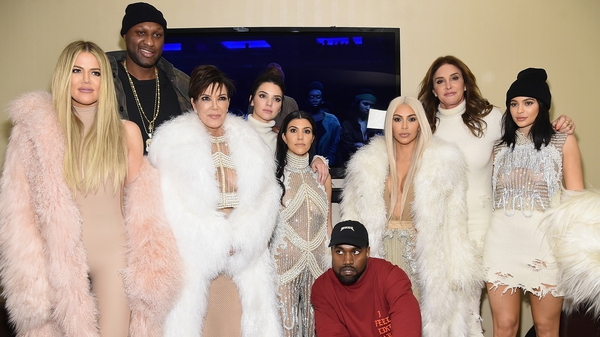 Caitlyn Jenner 'distant' from a few children after transition