The Great British Bake Off's 2016 winner Candice Brown is getting her skates on for Dancing on Ice.

The champion baker, The X Factor and I'm a Celebrity's Jake Quickenden and rugby player Max Evans are the latest trio of celebrity contestants to be announced for the show.

Brown described taking part in the show as "nerve-wracking".

"I start my training today," she told The Chris Evans Breakfast Show on BBC Radio 2 on Wednesday. "I take my first steps on the ice later on.

"My friends call me Bambi on Ice and that's just normal day to day!"

A "terrified" Quickenden said he is wearing his girlfriend Danielle Fogarty's tights to "get used" to the lyrca.

"I had my first training session yesterday - I was freezing! Ice is cold! But it was amazing, the coaches are unbelievable," he enthused on ITV chat show Lorraine.

"I just feel so lucky that I've been asked to do it. I'm so buzzing, I can't even explain. It's my mum's favourite!"

"I haven't done any skating since I was a kid, and this is completely different having to skate on live television," said Evans when he joined fellow contestant Brown on BBC Radio 2.

"I've had two training sessions which have hurt my feet a lot. We've all had a dance, which is familiar territory, but skating is so not..." 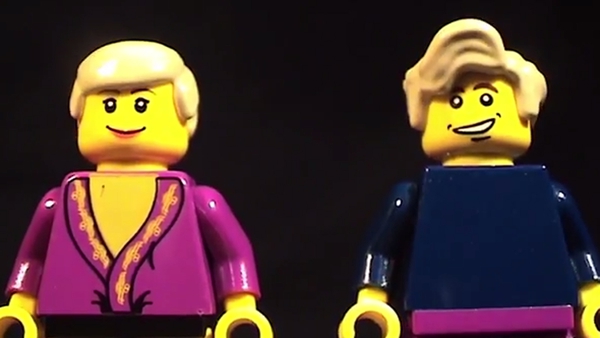