Hollywood A-listers and popstars may play dress-up for a living, but that doesn’t stop them from going all-out when Halloween rolls around.

It's almost the spookiest time of the year, October 31, when ghouls and ghosts come out to play and when celebrities snap up the chance to go overboard in the costume department! We've rounded up some of our favourite celebrity Halloween looks.

Orlando Bloom and Katy Perry as Bill and Hillary Clinton

Orlando Bloom and Katy Perry didn’t just wear wigs and pant suits when they dressed up as Bill and Hillary Clinton last Halloween; they even got a prosthetics team involved – talk about dedication.

Beyonce and Blue Ivy as Janet and Michael Jackson

Group costumes are always a winner and when a celebrity family like the Carters take Halloween, they go all out. In 2014 Beyonce and her daughter Blue Ivy channelled another musically royal family, with Bey dressing up as Janet Jackson, and Blue Ivy embracing the late Michael.

In later years they have included Jay Z in the group costume act with the family taking on Barbie and Ken, and characters from the Eddie Murphy movie Coming To America.

A family that could give the Carters a run for their money is that of Neil Patrick Harris and his husband David Burtka. The couple and their two children showed they have the Force by dressing up as their favourite Star Wars characters in 2015.

Another adorable family costume came in 2013 when they travelled to Wonderland.

The iconic yellow plaid skirt and jacket combination made famous by Silverstone’s Clueless character Cher has become a Halloween staple for many fans of the 1995 cult classic. This year the leading lady decided to embrace the nostalgia and revisit the look herself - it’s not quite Halloween, but this is too meta to leave out.

How am I supposed to sleep? I think I've asked for 2 photos in my entire life. @AliciaSilv and beyonce pic.twitter.com/TBSEXqKTGp

Now that their son Silas is a little older and ready to start trick-or-treating, Justin Timberlake and Jessica Biel couldn’t let Halloween 2016 pass by without marking such a milestone in style, while also paying homage to Timberlake’s hit movie Trolls.

Heidi Klum as… Everything

Heidi Klum takes Halloween seriously. The model never misses a trick when it comes to fully transforming herself into her character of choice each year, most of which leave her completely unrecognizable. We couldn’t possibly pick her all-time best costume, but here’s a reminder of some of her hard work from years gone by.

Lewis Hamilton as the Joker

Lewis Hamilton showed he can be just as impressive in the costume department as he is on the race track when he dressed up as Heath Ledger’s iteration of the Joker for one of Heidi Klum's Halloween parties.

It’s always fun when one celeb dresses up as another, and when Kylie Jenner opted to go for a Christina Aguilera outfit one Halloween, she looked as though she had stepped right out of the Dirrty music video.

Jason Derulo as the Night King

Game of Thrones has inspired countless Halloween costumes since it first aired, but few have been as impressive as Jason Derulo’s take on the Night King this year.

Nicole Richie and a friend recreated the video box (yes, video because DVD wasn’t a thing back in 1988) for the Arnold Schwarzenegger and Danny DeVito-starring Twins. Sometimes the best costumes are the simplest! 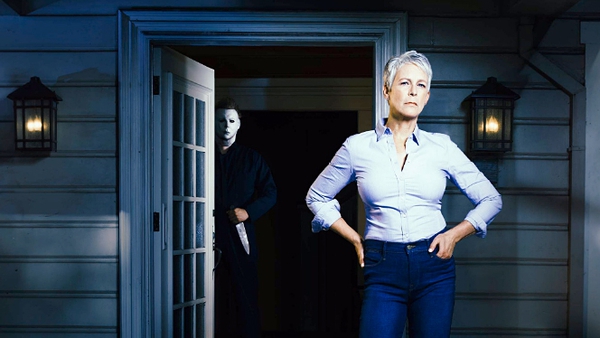