The death of the Never Mind the Buzzcocks star was announced on Monday, October 16 by his management company. Hughes was reportedly suffering from cirrhosis of the liver and was in hospital for treatment when he died.

A number of celebrities have taken to social media to pay tribute to the star, who was born to Dublin and Cork parents in London, but spent most of his youth in Firhouse, Tallaght.

Fellow Irish comedians Dara Ó Briain and Jason Byrne led the tributes with Ó Briain calling Hughes "one of the Irish comedy trailblazers in the UK".

Ah, that is very sad news. That's no age. One of the Irish comedy trailblazers in the UK. https://t.co/N8XTny8CCM

Byrne called him "such a funny man" who loved a "good moan".

My auld mate Sean Huges has died, can't believe it, such a funny man, kind heart, and loved a good moan, a true Irishman #RIPSeanHughes

Presenter Caroline Flack revealed that her brother "used to keep her awake" at night because he was laughing so loud at the comedian's show.

Coronation Street star Sue Cleaver also paid tribute to her former on-screen lover. In 2007, Hughes joined the cast of Corrie to play womanising salesman Pat, who had an affair with Cleaver's character Eileen Grimshaw, for a number months.

RIP Sean Hughes so so sad, will always remember the fun times we had.

Ross Noble said he was "very nice" to him when he was starting out, while Jason Manford called him a "brilliant comic and a lovely bloke".

Just awful news about Sean Hughes.he was very nice to me when I was starting out in comedy.a sad loss.

Very sad to hear about Sean Hughes. A brilliant comic and a lovely bloke. RIP.

Aisling Bea said: "I always enjoyed the mad tangents our conversations would take."

Jack Dee declared his sorrow at Hughes' passing as did Jenny Eclair.

Very sad to hear about Sean Hughes. Started on the circuit with him back in the day. RIP.

Never Mind the Buzzcocks also posted a video tribute on YouTube to "the great Sean Hughes".

RTÉ's Director of Content Jim Jennings said Hughes "forged the way for a generation of Irish comedians and performers, on both sides of the Irish Sea".

He added: "Recently RTÉ was delighted to work with Sean once again, on RTÉ Radio 1's Comedy Showhouse, and radio series Don't Quote Me. Our thoughts and prayers are with the Hughes Family and Sean's colleagues and friends." 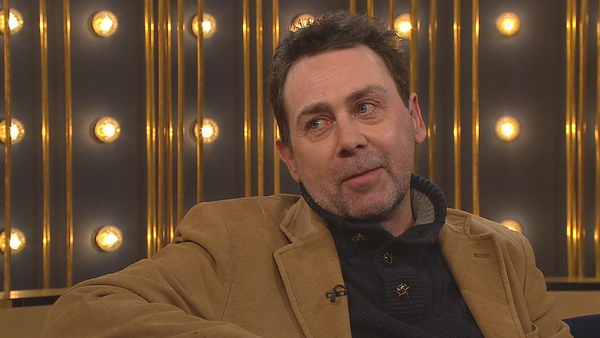