An episode of Carpool Karaoke starring Chester Bennington - recorded days before his death - has been released in tribute to the Linkin Park singer.

The 23-minute clip was released through the band's Facebook page, and was posted with permission from Bennington's family.

It was filmed on July 14 - six days before he was found dead at his home in California on July 20.

In the video, Bennington can be seen laughing and singing along with actor Ken Jeong, who was hosting the segment made popular by James Corden, and his bandmates Mike Shinoda and Joe Hahn.

The group drive around Los Angeles blasting out some of the band's best-selling hits, such as Numb and Talking To Myself, and a smiling Bennington teaches Jeong how to perfect his trademark scream.

At one point, the group pull over and perform a dance routine on the pavement.

At the start of the video, a message on screen reads: "With the blessing of Chester's family and his bandmates, we share this episode and dedicate it to the memory of Chester." 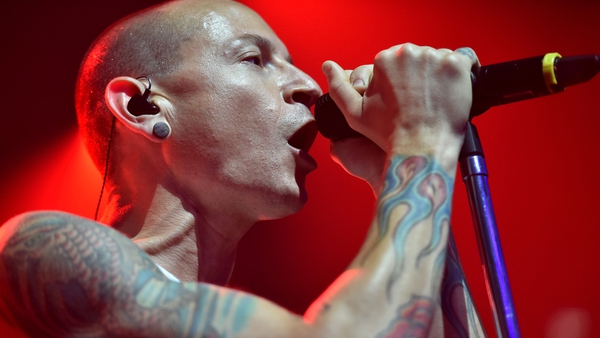