Gemma Atkinson has ruled out starring in a West End production after Strictly Come Dancing.

The 32-year-old actress and radio presenter joked that the nerves of dealing with a live performance every night of the week would "send her to a nervous breakdown".

She said: "I don't think theatre is for me. I get far too nervous doing the live show on Strictly.

"I think doing a live show every night of the week would just send me to a nervous breakdown."

Last year's Strictly runner-up Danny Mac is about to embark on a tour as the lead in the musical version of Sunset Boulevard while Pixie Lott, who featured on the hit BBC show in 2014, went on to land a much-coveted role in the theatre production of Breakfast at Tiffany's.

Atkinson and partner Aljaz Skorjanec were awarded a 31 by the judges for their Jungle Book-themed Charleston on Saturday night. 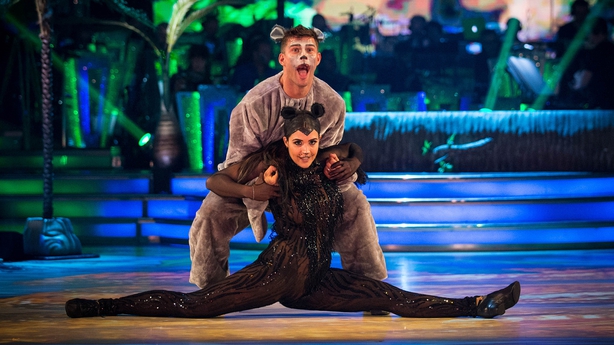 Talking ahead of their performance, Atkinson brushed aside reports of a romance between her and Strictly professional Gorka Marquez.

She said she was "used to" speculation about her love life but added that the contestants were all too busy focusing on their routines to pay attention to anything else.

"We're all kind of getting on with it," she said, "Having a laugh, enjoying ourselves, hanging out after training together, but the main focus for each of us is the dancing primarily."

Before embarking on a radio career, she rose to fame on the small screen, landing her first big role as Lisa Hunter in Hollyoaks and, more recently, Carly Hope in Emmerdale.

Atkinson said Emmerdale had "left the door open" for her to return and said she would "never say never to Hollyoaks".

"The timing at the minute isn't right, but further down the line I'd never close the door completely on Hollyoaks because it's essentially because of them why I'm here."

The Strictly Come Dancing results show is on BBC One at 7.15pm