Paloma Faith has revealed that she is experiencing angst about returning to work following the birth of her first child.

The singer is about to release her fourth album, The Architect, and speaking to RTÉ Entertainment she said,. "Its like I've just had this big life changing thing happen to me, when I go back to work, will I be relevant anymore, as I feel changed almost."

Faith, who announced her pregnancy last August, wants to remain private about the name and even the gender of her new arrival and she also said she would have a relatively hands off approach to child-rearing.

"I will let them be whatever they want to be and to cultivate whatever personality the child has without informing or implementing anything except for good manners."

Asked if she sings to her new arrival, she said she does but: "It only stops crying if I sing powerful soul songs, as lullabies do not work."

The 36-year-old singer, who has hits with New York and Stone Cold Sober, recently released Crybaby, her first new material in three years and the video for the song seems to project a more mainstream image than her usual flamboyance.

"I have not gone a through drastic image overhaul, I do not feel comfortable being understated but if I had dressed feathers and glitter it would not have worked.For me the most important thing is the context in the work that I'm doing."

The Architect, will be released on Friday, November 17 and she will play play the 3Arena on March 24 next year. 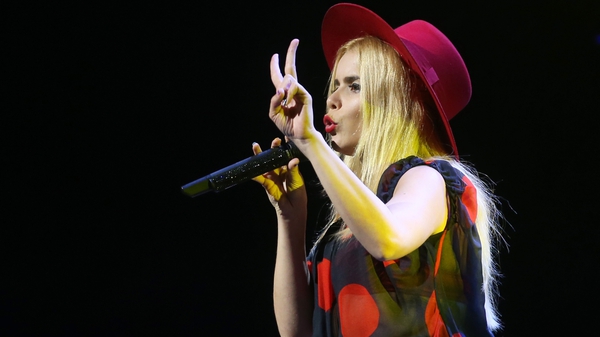