Excuse us while we pick our jaws up off the floor. If you didn't see EastEnders last night - here's a run down of what you missed. It was a pretty epic episode.

First things first, Phil Mitchell is not dead. Despite leaving viewers wondering if the Walford veteran had met his end following the gas explosion in Square, fears were allayed last night for the Mitchell clan as Jay pulled him out from the rubble.

💥BANG!💥
Phil's day's gone from bad to worse. Who else has been caught in the blast?🔥😧

Also not dead is Stacey Fowler. Martin spent a tense half hour looking for his pregnant wife, who it turns out had ran for cover with a randomer from the market. However, there is trouble ahead for the Fowlers as Martin was carted-off to the police station after he punched an officer who blocked his search for Stacey. Something tells us he is not going to be let-off with just a warning.

Actually, it appears no one was killed in the explosion, but three of the Square's most-loved residents are fighting for their lives.

First up is Linda Carter who finally revealed her big secret last night – she is battling cancer. Her health scare kept her away from Walford for a number of months – she was supposed to be looking after her sick mother – but it turns out she couldn't face telling Mick the truth after the run of problems the Carter clan has had to endure over the past couple of years (Stan and Sylvie dying, Linda's rape, Nancy's accident and Babe's evil ways). Confiding in Jack, Linda admitted that she had been struggling with her secret and despite all the Whitney drama, this could actually be the real reason she was about the flee the Square. It remains to be seen what her prognosis is.

We finally know what was keeping Linda away from Mick, and The Square. 😧 pic.twitter.com/PmVXQgAe2x

And there is more heartache ahead for the Carters as we are pretty certain Johnny was shot by Ted last night. Being the sweetheart that he is, Johnny was concerned that no one had seen Ted and Joyce after the explosion, so he dashed off to check on them. Little did he know, Ted had become highly agitated following the incident – which had blown their windows in – and he pulled a gun out from it's hiding place.

As someone knocked on the door to check on them, Ted tightened his grip on the gun and waited for them to leave.  However the neighbour tried again and just as they opened a door into the flat, Ted spun around and gunned them down.

A gun was fired. Someone was hit. Who? 💥

Across the Square Jane was living through a nightmare in Beale restaurant, and no we don't mean peeling her way through a mountain of spuds. Stephen, egged on by Max, had flipped the lid and was a mission to kill his stepmom (yes, if you're thinking this sounds familiar you would be right, although it was no accident this time). You see poor Jane had figured out that Stephen was lying about his terminal brain tumour and that he was sleeping with his fiancé's little sister. Pushing buttons Max persuaded an already fragile Stephen to kill Jane.

Max is out for his own revenge after Jane and Ian had him wrongly put behind bars for the murder of Lucy…they knew all along it was their son Bobby.

Jane pulls at Steven's heart strings in an attempt to save herself!😩
Will it work?! pic.twitter.com/hgT2foVCrw

Anyway back to last night. After throwing her crutches across the room ensuring she couldn't escape, a demented Stephen proceeded to douse the restaurant in alcohol, while chillingly tell a pleading Jane that no one would come to her aid as they were too busy helping people after the explosion. Even Jane revealing that Abi was pregnant with his child did not stop him from striking a match…

And that's where it was left. We'll be tuning in to RTÉ One tomorrow night at 7:30pm to find out the fate of some of our favourite – and not so favourite – Walford residents. 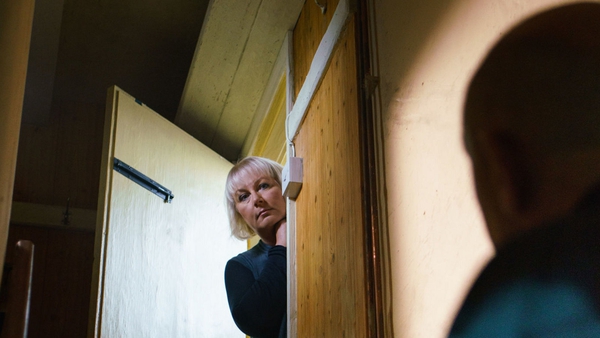 Spoilers! The MUST see moments from this week's soaps