The 24-year-old Tallaght funnyman today launched TV3's new autumn schedule at the National Concert Hall in Dublin and will host the channel's Irish version of classic TV show Blind Date. And yes, he will be dispensing advice to contestants.

"I'm not a bad match-maker, mind you," he told RTÉ Entertainment. "In the last year I've found love and it's kind of dictated my career. I took on radio at home [in Ireland] so I could be at home with the person I love.

"I've turned down some opportunities in Australia and things like that so I could stay at home. So I think that, for the first time in my life, I'm coming from a point of view that says yeah, actually, if you're a bit desperate you're kind of like 'Oh, when is it going to happen?'

"It can happen at any moment and you can be entirely surprised by it."

"What's great about this show is that it's real people, Irish people, looking for love. Our oldest contestant on this season of the show is 77," he adds.

Not that turning his back on foreign parts means that Al's missing out, career-wise. His star is rising nicely here at home and that's how he's now hosting a show of the calibre of Blind Date.

"This is the first time I've ever hosted a big TV show, and it has been an incredible experience," he says, recalling the episodes already recorded and ready to go.

"It's warm. It's family-friendly. We went from the oldest contest on Blind Date – 77, but looking for love – to young people who came in costume, to lads you would see on Geordie Shore, probably just looking for something on the weekend.

"We had a huge spectrum of people, a huge audience, a beautiful set," he adds. "And for me it's really, really exciting. I can't wait.

"I watched Blind Date with my Nanna when I was growing up. She used to put the VHS tape where she'd re-record it and I'd watch Cilla Black.

"And if you think back it's that nostalgia, that affection – that's what we want to bring into people's homes." 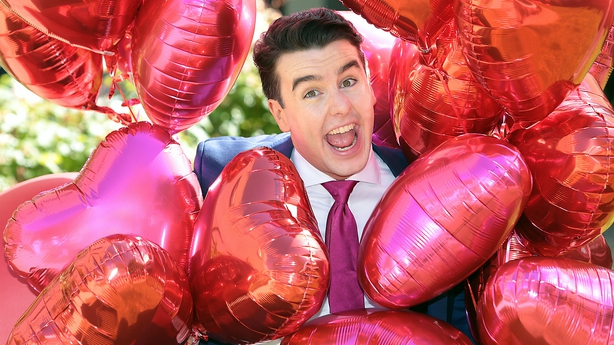