On the eve of this year's Electric Picnic, festival director Melvin Benn has said that the event will stay at Stradbablly Estate in Co. Laois for at least another decade.

Speaking during a media day on the site on Tuesday, Festival Republic director Benn said: "Stradbally is its home. Ten years is the minimum."

Watch our preview of this year's Electric Picnic

RTÉ Entertainment visited the home of Electric Picnic, which is now a four-day festival throwing open it's doors on Thursday, as finishing touches were being made to hardy perennials like Trenchtown, a newly-designed Salty Dog Stage, and the world premiere of the Red Bull Soundome, a geodesic dome with an advanced sound system.

Asked about tightened security at music festivals following the Manchester attacks in May, he said: "We have been working really closely with the Gardai about that and talking to all the crews about likely scenarios, potential scenarios."

"I have nothing about praise for the Gardai, they have been very thorough. Significant extra safety measures will be in place for this year and we’ve been working really closely with the Garda, holding tabletop exercises and spending a lot of time with the various agencies, talking through potential scenarios. The whole of Europe has changed their security plan in every aspect of everything that we do."

However, he added that he did not expect these extra measures to overly effect the 55,000 festival goers this weekend. "I don’t think people will notice, particularly. The intention is to allow people to come and enjoy themselves. It’s what we are doing away from them that’s important."

The festival sold out earlier this year before any of the acts were announced and Benn said it was a testament to the on-going appeal of the festival, which is headlined this year by Duran, Duran, The xx, and A Tribe Called Quest.

"Electric Picnic is about the whole environment. Not just the main stage. Musically, it'd about discovering acts; not just coming to watch the big acts so it was no surprise to me that it was sold out."

Click here to read our interview with 5ive who are playing the Electric Ireland Throwback Stage on Saturday at 8:15pm 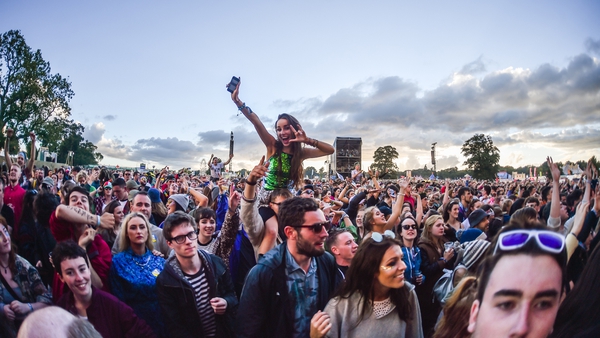 Electric Picnic: Alternative things to do in Stradbally