Singer Shane Filan has offered his years of onstage experience to the Rose of Tralee contestants, advising them to "relax and enjoy yourself".

Ahead of the release of his new album, the former Westlife star is the musical guest for tonight's show at the Dome in Tralee, the venue where he made his solo debut.

"It's exciting," he told RTÉ Entertainment. "We were just saying it's four years ago this week that I was here for the first-ever solo performance, so it's a lot of good memories coming back here."

When asked if he could sense the nerves and tension among this year's Roses in the Dome, Filan replied: "I'd say it's horrendous! I'd say it's really hard for them. It's something they've looked forward to a lot of their life maybe. But when you step in there you do feel like it's a special thing happening here tonight. So that's why I'm here, and I'm delighted to be here."

Filan told RTÉ Entertainment that "a little bit of nerves is good" - but not too much.

"I think if you're a little bit nervous it means you care and you want something good to come out of it," he explained.

In just a few hours @ShaneFilan will be back on the #RoseofTralee Dome stage and we can't wait. pic.twitter.com/VUolYRVhGM

"But, you know, just relax. Try and relax and enjoy yourself. It only happens once for you so just go out there and give it your best."

The Rose of Tralee, RTÉ One and RTÉ Player, tonight from 8pm 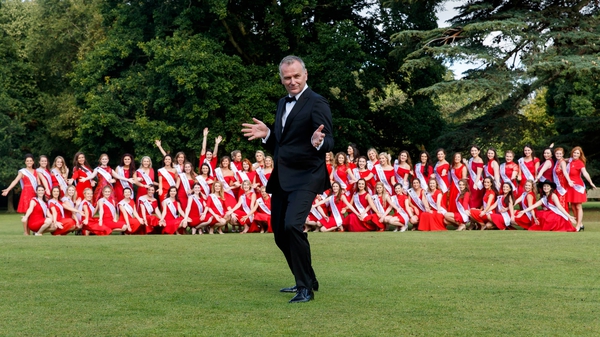