Now that we have picked our jaws off the floor, it's time to reflect on the biggest moments from the latest episode of Game of Thrones; Beyond the Wall.

Spoilers for those who have not yet seen Game of Thrones: Season 7, episode 6

There is one thing that remains true in the world of the Game of Thrones TV series – the second last episode of each season is the main event.

The finales are always satisfying, but when penultimate episodes of previous seasons including Ned Stark's beheading, the battle of the Blackwater, the Red Wedding and the Battle of the Bastards, hopes were high for season 7, and hopes were met. 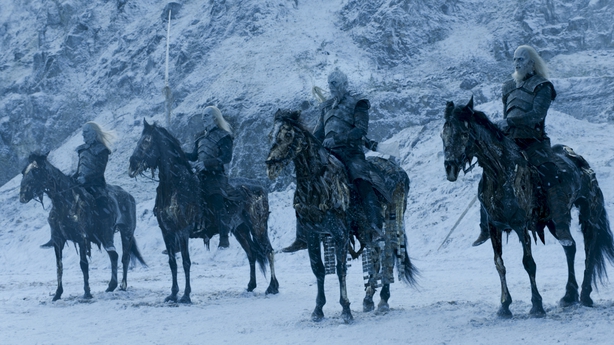 So much happened over the course of the slightly longer than usual episode that it was impossible to stifle gasps, refrain from full-on shouting at the screen, or hold back the odd tear.

It's a lot to process, but here are the top moments from an episode that is truly outstanding (when you look beyond the outrageous expedition beyond the wall to capture a wight, and the fast and loose time scale we've grown accustomed to working with this season). Its fantasy after all, it doesn't have to make logical sense all the time.

What happens when you bring ice and fire together at last? An ice dragon, that's what. The Night King has already raised an army of the dead, and as if he wasn't already a worthy enough adversary, he can now add dragon power to his arsenal.

Coming to the rescue of Jon and his band of merry tough guys, who managed to capture a wight to bring south to King's Landing – still an absolutely mental idea, but we'll wait and see how this one pans out – but then got stranded on an island in the middle of a frozen lake, Daenerys flew her three dragons north of The Wall. 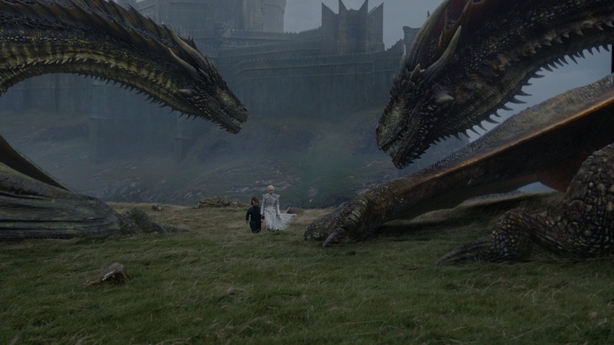 The whole scene was phenomenal as her dragons burnt the army of wights while the Night King watched on before taking aim at Viserion with one of his icy spears. Target acquired. I'm not ashamed to admit I shed a tear as he sank under the surface of the ice water.

While the action was truly edge of your seat stuff, the big moment came at the very end when Viserion's body was pulled from the lake and the Night King turned him into one of his own. The final shot of his eyes turning blue was chilling.

2. The Bending of the Knee

After spending episodes telling Jon Snow to bend the knee, Daenerys has finally secured the support of the King in the North after coming to his rescue and losing one of her dragons in the process.

Early in the episode Tormund spoke with Jon about Mance Rayder and how his own pride resulted in the death of a lot of the free folk. All Jon cares about are his people, and while the northern lords will probably take issue with him bending the knee, he will always, always do what he thinks is right to protect them. 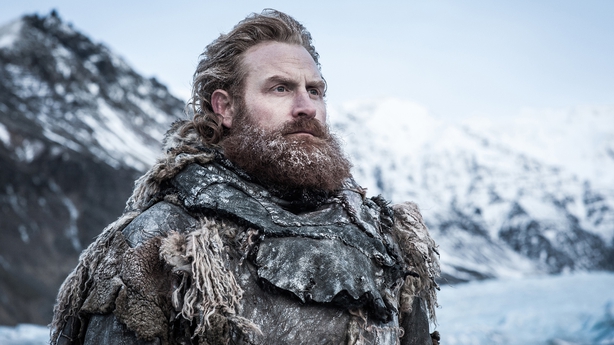 Daenerys seemed genuinely moved by Jon calling her his queen, and she has a new found belief in his cause after seeing the Night King and what he is capable of first hand.

3. An Issue of Succession

The writers on Game of Thrones don't just say words for the sake of it, everything has meaning. As big reveals are made in the later seasons, there are often moments of foreshadowing from earlier episodes in what seemed to be inconsequential asides at the time. So when certain issues become the topics of whole scenes, we've learned to start thinking in depth about what they could mean going forward.

Daenerys has long claimed that she cannot have children, ever since miscarrying her son with Khal Drogo. We don't know for sure if she is actually infertile, but we have been reminded of her belief a few times over the seasons, so it's definitely going to be an important issue. 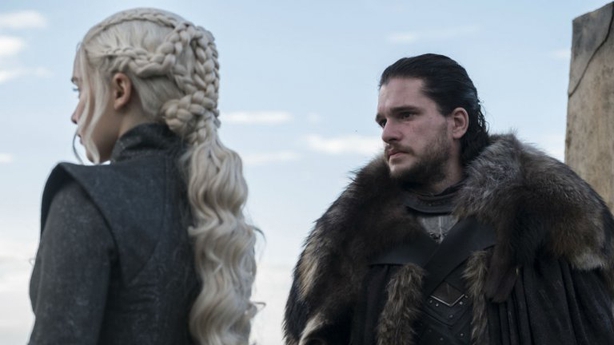 The subject of succession was brought up with her by Tyion in this episode, as he made the point that if she cannot have children of her own, who will sit on the crown when she dies. Not wanting to talk about it right then, Daenerys said they can discuss it when she has won the throne.

Later in the episode she tells Jon that she cannot have children. That's a lot of talk about infertility if it's not going to become a huge thing before the series ends. 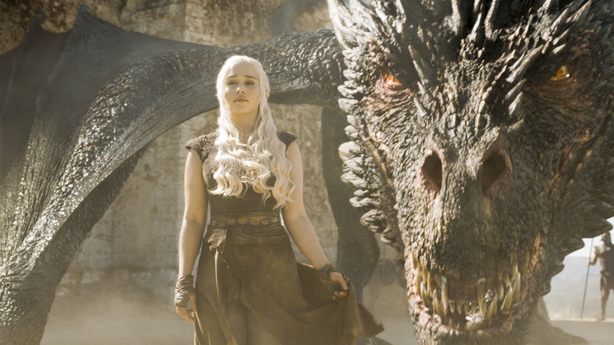 Being that Jon is a Targaryen – even her dragons know it and he still doesn't – and all of the sparks that are flying between him and Daenerys, could some strange Targaryen magic come into play if they were to get together, that would leave her with a child?

Or is it foreshadowing that, because he is a Targaryen (with an arguably stronger claim to the throne than Daenerys after the reveal last week that Rhaegar's marriage to Elia Martell was annulled, with him then going on to presumably marry Lyanna Stark, Jon's mother) that he will succeed her to the throne as her nephew?

4. Beyond the Wall: Return of a Stark

Just as things were looking really desperate for Jon, who was the only man left standing after he told Daenerys and co. to leave him behind,  a familiar face made his return just in the nick of time – his uncle Benjen. 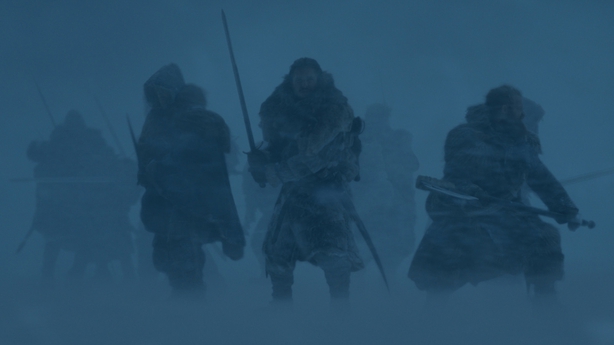 On horseback, wielding his ball of fire, Benjen burst onto the scene clearing a path toward Jon and saving him from the onslaught of the wights. Putting Jon on his horse and sending him in the direction of Eastwatch, Benjen sacrificed himself in a moment that was bittersweet as we saw him engulfed by the enemy, and his fire burn out, but Jon was saved.

But what exactly will happen to Benjen? Already stabbed by an ice sword, and saved by the Children of the Forest and dragonglass, Benjen isn't really alive or living dead. So will he turn full wight now?

Sansa was always the worst of the Stark children. She was mean, materialistic and silly. But that has changed over the course of the series. She has endured many horrors and become a hardened player in the game. When she was reunited with Jon she apologised for being so awful to him when they were younger, and he has forgiven her. Arya, on the other hand, has not forgotten.

As Littlefinger continues to drive a wedge between the two sisters by planting old raven scrolls for Arya to find, she is watching Sansa's every move and looking out for Jon in his absence. The prospect of Sansa double crossing Jon has been a fear since they retook Winterfell and he was hailed King in the North, and perhaps Arya's spot of mind-reading is on the money; Sansa can't help wanting power, even if she tries to suppress those urges. She has simply spent too long with the likes of Cersei and Littlefinger, and had too much happen to her while she has been powerless. 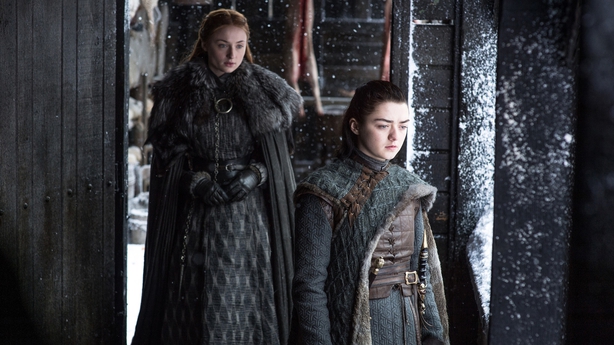 Sansa now has a better grasp on just how deadly her younger sister has become, having found some of her faces in a bag. Hopefully the fear of becoming another wearable face will keep her from doing anything to disrupt Jon's hold on the north.

With Littlefinger watching both of their movements however, it would be better for both, and for everyone, if they could just work together.

- Thoros of Mhyr is now dead, and Melissandre has travelled to Volantis, so the only two characters we know of that can bring people back from the dead are no longer in the vicinity.

- Killing the Night King could be the only way to defeat him and his army. It appears that if you kill him or one of his head honchos, all that they have turned will die.

- How great was the scene between Tormund and the Hound where they spoke about Brienne of Tarth?

The Game of Thrones season final airs on Sky Atlantic, next Monday at 2am and 9pm.