The La La Land star topped Forbes' annual list of best paid stars by earning $26 million in the last 12 months, mainly due to the success of the Hollywood musical.

Stone saw a 160% increase on her earnings for the previous year, when she made $10 million.

Stone recently spoke out about the gender pay gap in Hollywood, revealing her male co-stars had taken pay cuts so they could earn the same.

Jennifer Lawrence, who topped the list in 2016, came third this year with $24 million, just over half of the money she made the year before.

Harry Potter star Emma Watson made the list for the first time and is the only British star to feature in the top 10. She landed in sixth place with earnings of $14 million, mainly from her leading role in Beauty And The Beast.

Only Stone, Lawrence and Aniston made it past the $20 million benchmark in 2017, compared to four women in 2016. 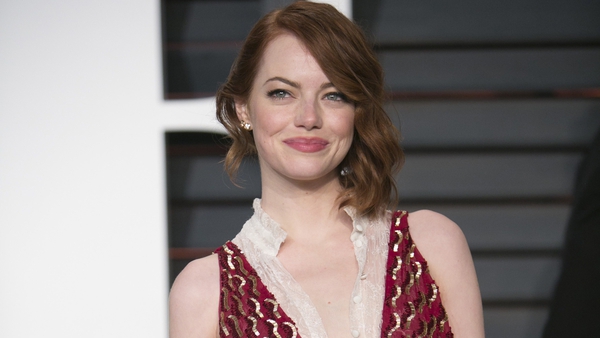