Model-turned-actress Cara Delevingne has revealed that she would love to take on the role of James Bond.

The 24-year-old has set her sights on replacing Daniel Craig as 007 because she feels "women do it just as well."

"I want to be James Bond," Delevingne told The Sun. "Women do it just as well."

The Suicide Squad actress can be next seen in Luc Besson's Valerian and the City of a Thousand Planets, and the director reckons there is an Oscar in her future. 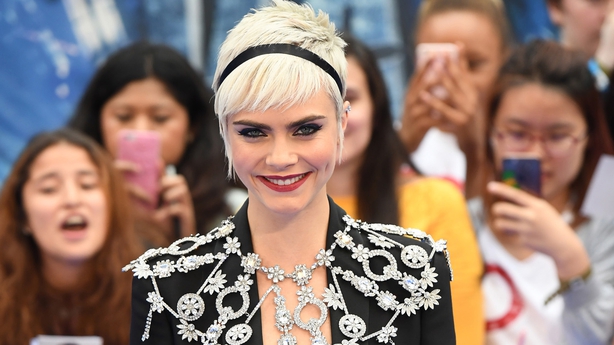 "I tested Cara a lot and she was just perfect. I don't think she is a model, she is a natural born actress and she will make a lot of films," he told the Press Association.

Asked if an Oscar could be in her future, he said: "Probably. She is as good as that and when you watch her in the film she is stealing the show."

Delevingne isn’t the first actress to throw their name into the ring to be the first female Bond, with The Fall's Gillian Anderson hinting that she would be up for taking on the role.

After a fan posted a picture of Anderson as 007 emerged on social media, the actress tweeted it saying "It's Bond. Jane Bond" and used #NextBond in her caption.

It's Bond. Jane Bond.
Thanks for all the votes! (And sorry, don't know who made poster but I love it!) #NextBond pic.twitter.com/f8GC4ZuFgL

Valerian and the City of a Thousand Planets hits cinemas on August 2.