Model and former Miss Cork Katie O’Donoghue needed nine stitches when her head was split open by a glass bottle thrown from the crowd during Stormzy's gig at the Longitude music festival in Dublin at the weekend.

The 24-year-old from Bishopstown, who is signed to a Dublin modelling agency, says she now fears she will miss out on work because of her injury.

She was attending the Longitude Festival in Marlay Park in south Dublin on Friday night when the incident took place.

Speaking to Sean O’Rourke on Tuesday morning on RTÉ Radio 1, a clearly upset Katie said: "We were at Stormzy, who was performing on the main stage. It was the last act of the night on Friday and we were standing back from the main stage.

"I was with my boyfriend and his friends at the time and there was a glass bottle that was thrown from the crowd no more than 20 yards in front of me that knocked me on my forehead and caused me a wound.

"I was bent over with the pain and I couldn't actually see out of my life eye because there was so much blood coming out. My boyfriend picked me up from the ground and hoisted me over the barriers to security to get the paramedics to me and, to be fair, they were on the scene pretty quick to try to stop the bleeding."

Katie, who won the Miss Cork title in 2014, then spent over two hours in the medical tent, where she received nine stitches to her forehead. She has already met with a plastic surgeon to see what can be done to hide the scar that is likely to be left by the injury.

"The stitches will come out on Monday but in the meantime he just has to keep an eye on it over the next couple of months to see how the wound and scarring progresses but in the long term it will be 18 to 24 months before anything can be done for it, to see if I can minimise or rectify what has been done."

She added: "I always wanted to be a model but after what happened it has really impeded it. I'm not sure where this really leaves me right now because I have swelling on my face. Obviously with the scar on my forehead, it's more of a waiting game now to see how it progresses."

"I definitely think it will effect my work in the long run. There are things that can be done to edit things out in photo shoots but at the moment the industry is trying to steer clear of editing and photo-shopping but this definitely will affect me for a few months anyway."

There were reports on Friday of long delays and crushing at Longitude and asked if she thought the atmosphere at the festival was "rowdy", Katie said: "We arrived at about six in the evening and to be honest, we thought it was a bit more out of hand compared to what I've seen at other festivals. Obviously there's going to be a lot of drinking and a few people with one to many on them.

"That's a given at any festival but in terms of the crowd at Stormzy, it was a bit wild. Hence with all the beer bottle throwing that was going on... I don't know if I was the only one hit. I know my boyfriend got hit earlier in the day but we didn't think anything of it because his head wasn't split open. But nobody should expect that to happen at any festival."

Katie added that her agency, Fraser in Models in Dublin, and other clients she has worked with have been in contact to offer her their support and sympathy.

In a statement issued to RTÉ Entertainment, Managing Director of Festival Republic Melvin Benn said: "We are aware that unfortunately a woman sustained an injury to her forehead late on Friday night, the lady was treated on site by our medical team and returned to site at 5.30pm on Saturday for further check-up.

"We are pleased to learn the woman’s injury did not prevent her from watching Saturday night's headline act The Weeknd who came on stage later that evening at 9.30pm.

"We wish the woman a speedy recovery and will continue to assist An Garda Síochána with their investigation surrounding the circumstances of this incident, and therefore we cannot comment further as to do so, could impede such an investigation.

"Security measures on all aspects of the festival are carried out in consultation with An Garda Síochána based on intelligence, risk and safety assessments." 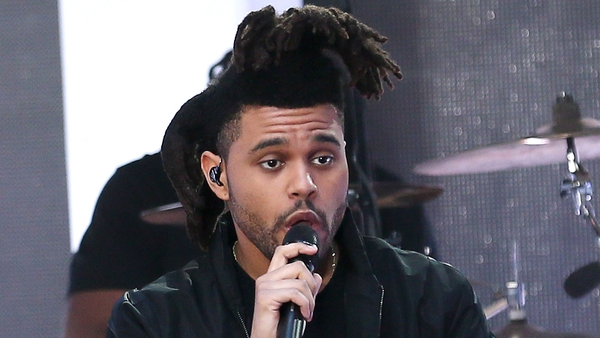