The family of stuntman John Bernecker, who died from injuries he sustained in an accident on the set of The Walking Dead earlier this week, are donating his organs to help other families.

The 33-year-old died on Wednesday after an accident on the show's set in Senoia, near Atlanta, Georgia. He suffered grave injuries after falling over 20 feet from a balcony, according to US publication The Hollywood Reporter.

The announcement that the stunt performer's organs would be donated was made through the US organisation LifeLink Foundation, which works in Georgia, Florida and Puerto Rico.

"The family of John Bernecker is heartbroken to confirm that John has passed away from injuries sustained earlier this week," LifeLink Foundation said in a statement.

"Although devastated by their loss, John's loved ones have ensured his legacy will live on, not only through the personal and professional contributions he made during his life, but also by their generous decision to allow John to save lives as an organ donor.

"John will touch countless others as the family members, friends and communities of those who receive his organs will be forever impacted by the memories and milestones made possible thanks to a second chance at life. The family requests privacy during this time as they say goodbye to John."

In a statement, the US cable network behind The Walking Dead, AMC, said: "John Bernecker's family has decided that he will be removed from life support, following organ donation. We are deeply saddened by this loss and our hearts and prayers are with John's family, friends and colleagues during this extremely difficult time."

Stars of The Walking Dead have paid tribute to their late colleague:

Deep sorrow today, and for every tomorrow. Love, respect, and condolences to johns family, and friends. He will be forever missed.

Much sadness about #nola actor #JohnBernecker today. Sending peace to his family. Pray for them please.

No words can express my sadness for John Bernecker and his family. Thank you all for having them in your thoughts and prayers also.

Terrible news from the set of The Walking Dead. Deepest condolences to John Bernecker's family. My thoughts are with everyone down there.

❤️ love and prayers to Johns family and friends today. You will be missed. https://t.co/gTtkpRi22m

I have no words. My heart is absolutely broken for John Bernecker. Please send prayers to his family and friends.

Sending love to the friends and family of #JohnBernecker - please know that we are here for you in this time of mourning. pic.twitter.com/t36Fd9ZjTx

Sending peace, strength, love and prayers to the loved ones of #JohnBernecker . May his light live on in you #nola #TWDFamily 🙏 ❤️ 😔

The show's executive producer, Scott M Gimple, said: "Our production is heartbroken by the tragic loss of John Bernecker.

"John's work on The Walking Dead and dozens of other movies and shows will continue to entertain and excite audiences for generations.

"We are grateful for his contributions, and all of us send our condolences, love, and prayers to John's family and friends."

To find out more about becoming an organ donor in Ireland, visit: www.ika.ie/card. 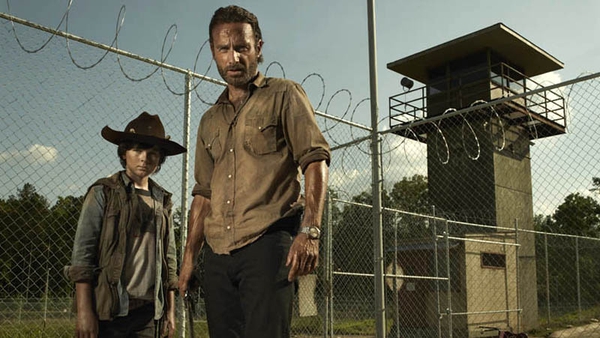