When it comes to epic encounters, the Croke Park history book is as dog-eared as it is thick, a never-ending odyssey of humility, heart and have-a-go heroics. Coldplay ensured their place as the latest entry among "the legends and the myths" on Saturday with what could well be the best two hours Jones Road has ever hosted in this particular code, showmanship, singalongs and the most special of effects and guests combining to give what felt, pitchside, like the warmest night of the year.

As an 82,000 sell-out, this was always going to be an open goal, but the way Chris Martin and co took their opportunity was akin to scoring with a bicycle kick from the halfway line. Action replays could well last a lifetime.

If cynicism managed to get through the security checks outside, it was lost the minute the quartet came onstage with A Head Full of Dreams and its Love is in the Air-recalling bass line a primer for what lay head. Sure enough, there was the world of it to breathe in. When you caught your breath. 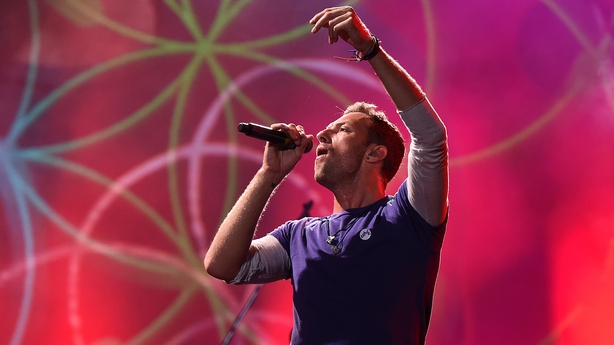 "All we've been doing is rehearsing to give you the best concert we've ever played," was Martin's way of explaining a six-year absence from Ireland as the sweat poured out of him five minutes in. And here's the thing: a man for whom earnestness runs deep was never in any danger of getting notions in Dublin 3. He could even deliver a Céad Mile Fáilte without the thud of a goalpost-size lump of Irish cheddar reverberating up in the cosmos of the Canal End.

Playing Paradise, Yellow and The Scientist so early in the set showed supreme confidence but proved entirely justified - there was much, much better to come. This was the get-it-while-it's going gift of watching masters of their craft working a 'room' and doing that thing of making it seem like their first time in such a big place. The white-of-the-eye proximity Martin had to guitarist Jonny Buckland, bassist Guy Berryman and drummer Will Champion felt remarkable, and as the quartet moved from stage 'A' to 'B' to 'C' they became even closer to each other, and their fans.

Wearing the Xylobands they had been given on the way in, the crowd literally lit the way from song to song. At times it felt like being part of an attempt to break the world record for the biggest disco, while at others it seemed every Christmas tree ever remembered had somehow been found in a bid to summon that childlike wonder for everyone, Coldplay included. Even the strobes on the Garda chopper seemed to be in sync to the music. A city of blinding lights in U2's own backyard. The cheek!

Whichever stage the quartet chose to illuminate - front becoming middle becoming back - the setlist was pinpoint perfect. Sure, Martin's political radar was a bit off when he confused the office of the President with the Taoiseach's, but there was no one standing or seating who wasn't willing to give him a bye into the next round. Even to a hack's hearing, the description of Ireland as "a place of acceptance and love" didn't sound trite and brought with it a timeout from that hardwired default of doing the place down. Home, where you wanted to be.

And bizarre as it sounds, there felt like something of a homecoming about this get-together with enough fireworks, streamers and giant balloons stockpiled to suggest that Coldplay had been bulk buying on Moore Street since 2011 for the occasion. The stunning double whammy of Viva La Vida into Adventure of a Lifetime was the perfect party condensed into under 10 minutes. We still weren't done, though, with the moment of the night up ahead as a guest appeared from the best place of all - the audience.

To roars as he made his way to the 'C' stage, Rob, a wheelchair user from Dublin, cemented his place in concert folklore as he crowdsurfed his way to join Martin on harmonica for an on-the-spot new song that went, "Here we are in Dublin, me and my friend Rob, he is 29-years-old and training is his job." Subsequent verses described Coldplay as a "cross between B*Witched and U2" and thanked "the hurlers and, of course, the GAA." The place went bonkers and if there's as much excitement in the stands next month it'll be a vintage year.

The triumphant troika of Something Just Like This, Sky Full of Stars and Up & Up ended the show two hours earlier than necessary with the only other disappointment being the there's-always-one whose plastic bottle punt somehow connected with Buckland's back. The boos of what sounded like 81,999 showed the rest of us at our best. There were no doubts onstage. 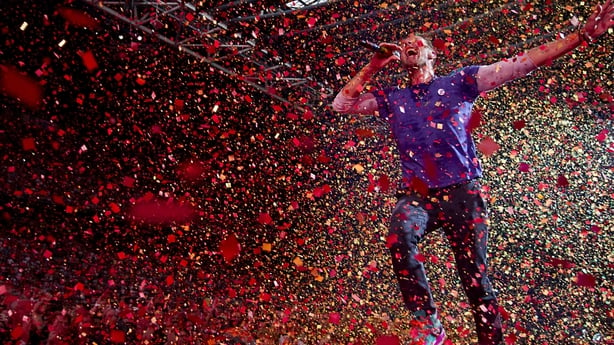 "We left it six years between Irish shows, I don't think we should leave it that long again," said Martin as he signed off. "We didn't realise what we were missing."

Indeed, that will be hard to explain to anyone one who wasn't there, and it's nigh on impossible to imagine Crokeplay in any other location the next time.

#coldplay done! Great day had by all (unless ur a kilkenny fan).'Lights will guide u home' so will gardai/stewards pic.twitter.com/98WnXTLbpF