Here's the second season of the cracking Danish crime drama in which reporter Dicte Svendsen investigates dark and dangerous cases alongside Chief Inspector John Wagner of the Aarhus Police Department.

Dicte is contacted by her father, who hasn't spoken to her for years, because he wants to tell her something important, and they arrange to meet.

When a young woman is found murdered in a nearby hotel room, Dicte and Wagner's investigation into her death leads them to the prostitution business controlled by wealthy Carl Ferdinand Poulsen.

All the evidence points towards an extensive human trafficking ring, but can a mysterious woman named Grace lead the pair to the killer?

In Danish with English subtitles.

It seems a long time since Jim Carrey was pretty much the most bankable comedian in Hollywood. Given that this fun film is 20 years' old, it is a long time.

Carrey was nominated for a Golden Globe for his performance as career-focused lawyer Fletcher Reede, whose compulsive lying and failure to make good on promises causes problems with his ex-wife, played by Maura Tierney.

When he misses his son Max's birthday, the dejected child wishes his father could be truthful for just one day. The wish comes true and causes mayhem.

The Taylor family get up to even more mischief on the Square.

Later on, Karen comes to a worrying realisation as her eventful week continues.

Meanwhile, Josh tries to be honest with Lauren. At the same time, will Steven end up regretting his behaviour when he continues to spy on Lauren?

Elsewhere, Sonia worries that Dot is too stubborn to listen to the doctors.

Also today, Michelle agrees to another date with Tom, Louise talks to Phil about moving schools, Mick and Shirley host Fi's craft beer event at The Vic, and Robbie tries to get closer to the stall holders.

Giving this another push as it's a pretty good show – and it stars the amazing Alison Brie, whose previous includes Mad Men and Community.

It's 1980s Los Angeles in this comedy where Brie plays an unemployed actress who keeps her Hollywood dream alive by portraying a female wrestler in the TV show GLOW.

That acronym stands for Gorgeous Ladies Of Wrestling and a really good ensemble cast keeps the whole thing ticking over nicely.

It's no Master of None – which is probably the funniest show Netflix has ever produced – but it's good fun and Brie takes on her first big leading role with consummate ease.

How this nutty show has managed to survive for three seasons is beyond me – but obviously lots of someones are watching it, otherwise it would be long gone.

James Wolk, Kristen Connolly, Nonso Anozie, Nora Arnezeder and Billy Burke star as a group of varied professionals who investigate the mysterious pandemic of violent animals attacks upon humans all over the world.

As season three begins it's 2027, human fertility has plummeted and animal-human hybrids are out to destroy the remaining human population.

The main characters are spread across the USA, which is divided by a giant barrier separating the safe zone from the part ruled by hybrid razorbacks. 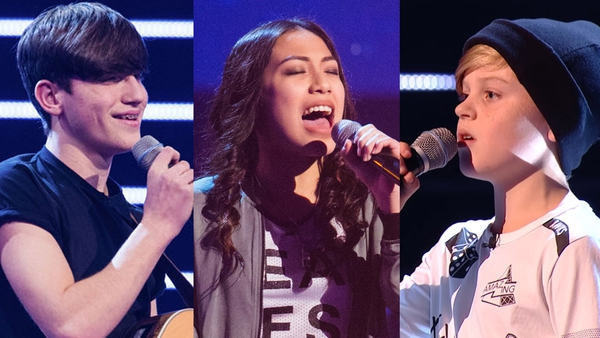