The new Spider-Man is on the sofa with Graham Norton, while new gangster drama El Chapo has landed on Netflix

With almost every London-visiting celeb on tap, Graham Norton rarely has an unimpressive guest list and tonight is no different.

Mark Wahlberg is no stranger to the show, and he's back again to promote the latest Transformers film. New Spider-Man Tom Holland is also in, as are Woody Harrelson Andy Serkis. Alison Moyet is the musical guest.

Here's Wahlberg on a previous appearance:

Set in the early 1960s, The Butcher Boy is about Francie Brady (superbly played by Eamonn Owens), a 12-year-old boy who retreats into a violent fantasy world to escape the reality of his dysfunctional family.

Bex encourages Louise to confide in Sharon, so she finally reveals what's been going on.

Meanwhile, Ted tries to calm Joyce down as she expresses fears about the arrival of the Taylors – who are already getting off to a bad start with their other neighbours too.

Elsewhere, Lauren tells Steven that she wants to spend the day together, but Abi interrupts by revealing that Josh has agreed to come to her party. After seeing Lauren's reaction, Steven's paranoia grows.

Fans of Narcos will probably want to check this out, as it covers the similar territory in that it's a drama about a rather nasty gangster, this time Mexico's ultimate drug baron.

Joaquín 'El Chapo' Guzmán began his criminal career in the 1980s, and the story begins in 1985, when he was a low-level member of the Guadalajara cartel.

The series will follow his rise through the lucrative but deadly drug trade, up until his inevitable comeuppance in 2016. Warning: extreme moustaches from the start.

Six-year-old Molly and her eight-year-old brother William, Stephanie and her pal Christina, as well as schoolmates Jacob and Connor, are back for more kiddie commentary.

This week, the Gogglesprogs give their honest, inimitable and sometimes hilarious take on the latest fallout from the recent UK general election, reality show Come Dine with Me, and the classic Robin Williams film Mrs Doubtfire. 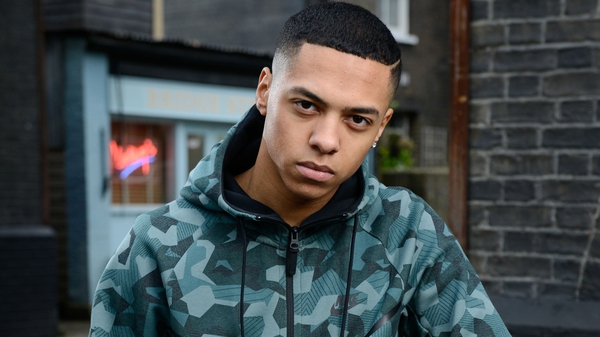