Anita Pallenberg, the actress and model who became one of the most iconic faces of the 1960s and 1970s, has died.

The Italian-German star's death was announced by her friend, actress and director Stella Schnabel, on Instagram. The cause of death has not been revealed.

"I have never met a woman quite like you Anita," Schnabel wrote.

"I don't think there is anybody in this universe like you. No one has ever understood me so well. You showed [me] about life and myself and how to grow and become and exist with it all," she continued.

Pallenberg's life story was inextricably linked with the Rolling Stones, having first met them backstage at a concert in Germany in 1965.

The former girlfriend of the band's late guitarist Brian Jones, she later became the partner of the Rolling Stones' other guitarist, Keith Richards.

Pallenberg and Richards had three children together: Marlon, Angela, and the late Tara, who died from Sudden Infant Death Syndrome. The couple remained together until 1980 with Richards recounting their tumultuous relationship in his 2010 memoir Life.

On the big screen, Pallenberg was best known for her performances in the cult movies Barbarella and Candy, and the classic Performance, which also starred Rolling Stones frontman Mick Jagger.

Having battled drug and alcohol addiction during her life, in later years she pursued a degree in fashion in London and continued to act, with her credits including a memorable cameo in Absolutely Fabulous in 2001. 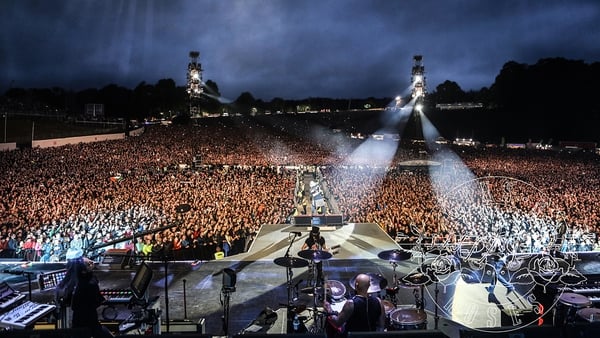