Season five of Orange is the New Black was launched on Netflix this morning and John Byrne took a look-see inside Lichfield Penitentiary.

It never ceases to amaze me when television companies start to mess around with a winning formula. It rarely improves a show and usually ends in tears. You play around with an established hit at your peril.

Orange is the New Black has been the most popular show so far on Netflix, although the company's unwillingness to reveal any actual figures can only cloud the claim. But it's certainly a popular show - if my own straw poll is an accurate reflection.

Prison shows aren't that common, and female prison shows are pretty rare. I've seen only four: Prisoner Cell Block H, Bad Girls, Wentworth and Tenko, and the latter was about a Japanese internment camp during WWII rather than a proper prison. Y'know, with bad people. 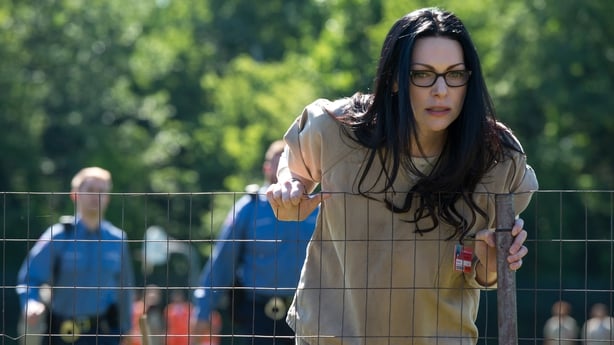 But Orange hit a chord with viewers, owing to a combination of its broad sweep of inmates, its empathic portrayal of the incarcerated women, and a truly wicked sense of humour. Like a grimy Grey's Anatomy, there's a character for pretty much everybody in the audience.

Season four is widely regarded as a high-point in the series and ended on a cliffhanger, so that's where things resume. But that's also where the show's structure takes off in a new direction.

Taking something of a leaf from 24, the new season sees the 13 episodes covering the three days of a riot at the prison, so we're almost in real time here.

Now while that's a brave step to make, it means that there's got to be a lot of people-juggling going on to keep viewers entertained. 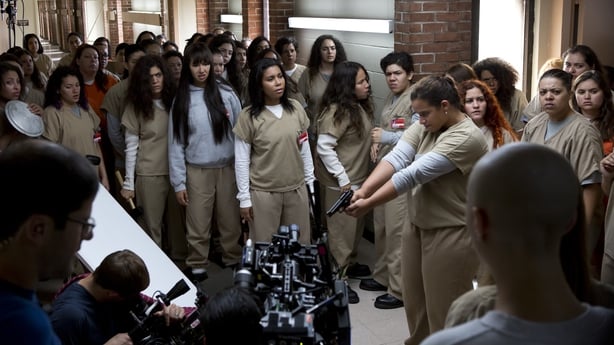 While the stand-off between Daya (Dascha Polanco) and CO Humphrey (Michael Torpey) continues to draw a crowd, various others in the prison - inmates, staff and civilians - go about their own particular bits of business, which makes for a variety of subplots that keep things moving along.

It's a teeny-weeny spoiler, but once a shot is fired inside the prison, it leads to a call to one of the guards' walkie-talkies and the prison's alarm is set off. Anarchy then ensues as various prisoners go nuts. The mood is summed up by one chemically-inclined inmate, who says while trying to get into the room where an array of drugs is stored: "Let them eat Prozac!"

Elsewhere, a prison guard has six inmates lying on the floor of a room, while others have locked themselves out of harm's way. The lights go out. The alarm starts up and stays up. Inside and outside, confusion is the only currency at Lichfield Penitentiary. 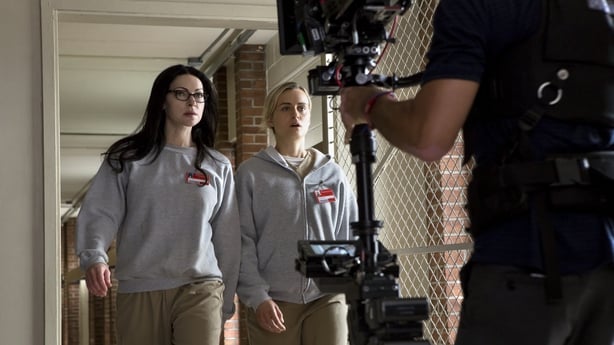 Taylor Schilling's Piper Chapman and Laura Prepon's Alex Vause are wisely keeping their heads down and hoping the riot thing will blow over without any complications for them. Best of luck with that, ladies.

Taystee (Danielle Brooks) confronts Lichfield's warden, Joe Caputo (Nick Sandow), gives him a bloody nose and then tries to get him to make a video reading a statement about her pal Poussey Washington, the librarian murdered last season.

There's a lot going on and the various subplots will all have to work, or at least most of the time. Judging by the first couple of episodes, they seem to have got the balance right so far, but whether they can keep all those prison plates spinning for another eleven hours is another matter.

But it should be fun finding out.