Following on from the return of Twin Peaks and Will and Grace, Roseanne is the latest TV show from the '90s to be green lit for a return to the small screen.

Rumours of the return of the show began last April and it has now been announced that the hit comedy will be back for a revamped eight-part run in the States next year and it looks likely that Irish viewers will be able to see it soon after.

The comedy, which originally ran for nine series with a total of 222 episodes from 1988 to 1997. will check back in with the blue collar Conner family in the fictional town of Lanford, Illinois.

According to creators, the show's comic take on the struggles of everyday life will make for a fitting commentary on today's USA.

Channing Dungey, president at ABC Entertainment, said: "The Conners' joys and struggles are as relevant - and hilarious - today as they were then, and there's really no one better to comment on our modern America than Roseanne."

Roseanne Barr and John Goodman have signed on to reprise their roles as Roseanne and Dan Conner - the parts that won them each Golden Globes in 1993.

Sarah Chalke, who took on a stint as Becky towards the end of the nine-season series (1988-1997), will appear in a different role.

As well as taking centre stage on the screen, Barr will executive produce the new episodes.

Tweeting on Wednesday, she promised fans: "There will b a 'Roseanne' re-boot on ABC in 2018 & we intend 2 make jokes about everything on earth."

There will b a 'Roseanne' re-boot on ABC in 2018 & we intend 2 make jokes about everything on earth. 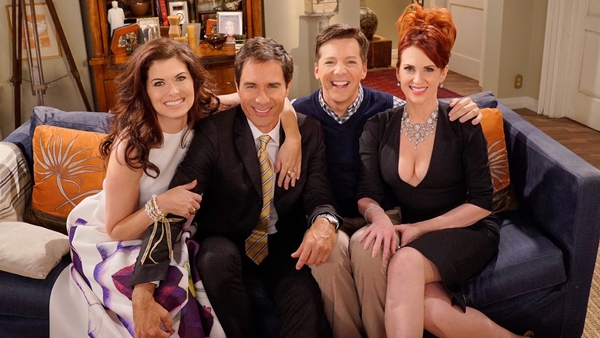 No Messing around - Will & Grace set for comeback