Actress and comedian Amy Schumer has broken up with her furniture designer boyfriend Ben Hanisch after a year and a half as a couple,

A representative for the Trainwreck star told Page Six that: "Amy and Ben have ended their relationship after thoughtful consideration and remain friends".

Schumer is currently starring in Snatched, in which she plays Emily, a woman who is about to go on holiday to Ecuador with her boyfriend when he dumps her the night before the trip. She decides instead to bring her mother (Goldie Hawn) and, as the title of the film suggests, the pair are kidnapped.

The comedy brought in $19.5m in its opening weekend. This is viewed as a solid figure for the $42m-budgeted 20th Century Fox release.

Hawn and Schumer seemed to hit it off when filming the new movie.

Thank you my darling movie daughter for presenting me with the Icon Award @CinemaCon ! pic.twitter.com/6eBn8hm5PN

Snatched will appear in Irish cinemas from Friday, May 19. 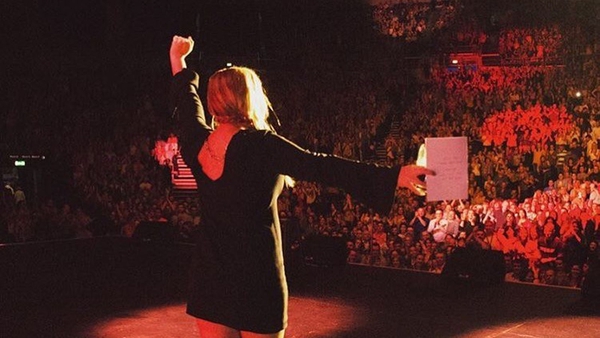