Miley Cyrus has reflected on her 2013 break up with her fiancé Liam Hemsworth and admits she doesn't regret her decision.

The 24-year-old singer and the 27-year-old Australian actor called off their engagement four years ago and while they rekindled their romance in 2016, Cyrus still believes they made the right choice in calling it quits when they did.

In October 2016, the singer confirmed their engagement was back on three years later after the two were spotted hanging out together and Cyrus started wearing an engagement ring again.

Speaking to American radio station SiriusXM, Cyrus revealed that she feels like she has matured and grown up over the past few years.

''People that break up and get back together, I think that's awesome because you know it's true, but also you get time to be yourself. You get time to grow up.'' 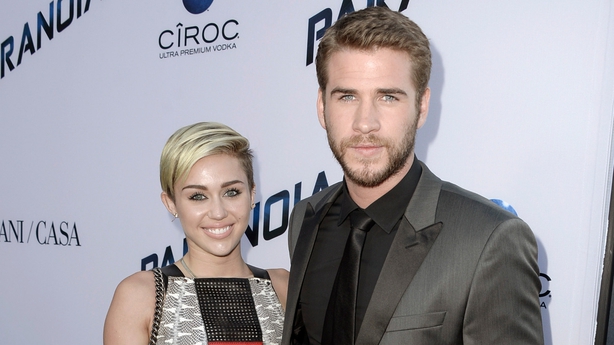 Cyrus added she appreciates how her and Hemsworth are now happy being "two grounded people".

"I think if you're growing up attached to another person, you never really get solid as your own being. I'm really solid and he gets to be really solid. Together we get to be two really grounded people. It's not a half and a half making a whole.''

Miley's latest track Malibu from her upcoming sixth studio album is about reconnecting with Hemsworth and features some sweet and heartfelt lyrics.

"I never came to the beach or stood by the ocean, I never sat by the shore under the sun with my feet in the sand," Cyrus sings in the music video filmed in Malibu.

"But you brought me here and I'm happy that you did, 'cause now I'm as free as birds catching the wind."

Hemsworth actually shot the cover art for Cyrus' new album, which she shared on Instagram recently.