Dubliner Alison O'Reilly has been eliminated from BBC's MasterChef in a move that surprised some viewers.

The Irish contestant was eliminated from the show in "the tightest of margins" despite being "absolutely amazing", the judges said.

The remaining contestants on the cooking series were challenged to make a classic dish with their own stamp on it. O'Reilly cooked southern fried chicken because she wanted to do "something that people eat every day".

The judges said that the dish was "completely bonkers" but that they "loved it, the risk paid off, it was challenging in a very good way that only somebody like Alison could pull off".

Before they decided who to eliminate they said that "they're not all supposed to cook brilliantly in this round".

The Irish cook had wowed the judges up to this point in MasterChef and made the final four of the show.

In the first episode of Finals Week last Monday night, the Dubliner had judges John Torode and Gregg Wallace in raptures with her cooking.

After cooking a Pumpkin Pie with Maple Bacon and White Truffle as part of a dinner for US Ambassador to Britain Matthew Barzun and his guests at the Ambassador's residence Winfield House in London, O'Reilly returned to the MasterChef kitchen for her next challenge.

There, she was tasked with creating "one great plate of food inspired by someone or something you admire". 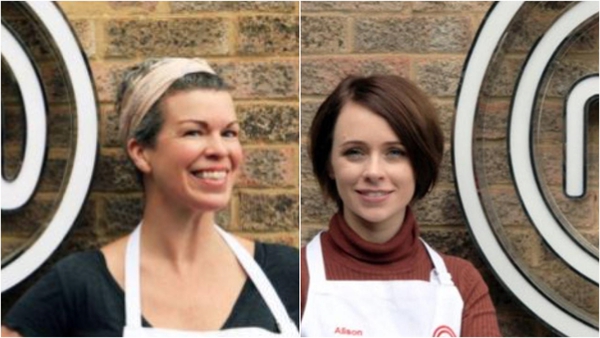