Actress Joanna Lumley will be honoured with a BAFTA Fellowship at this year's TV awards ceremony.

The 71-year-old is in good company as previous recipients include as comedian Dawn French, Julie Walters, Sir David Attenborough and her Absolutely Fabulous co-star, Jennifer Saunders.

The Fellowship is considered to be the British Academy of Film and Television Arts' highest accolade, recognising an individual's contribution to a genre across their career.

Lumley, best known for playing Patsy Stone, one half of the champagne-sipping, chain-smoking duo in Absolutely Fabulous, has enjoyed a career spanning more than 40 years.

She said: "Nothing could make me prouder or happier than being awarded this phenomenal honour. To be counted amongst the greatest talents and stars of our industry is an awesome gift: the BAFTA Fellowship is the grandest and most unexpected prize I have ever had the joy of receiving."

She was awarded an OBE in 1995 and her other career highlights include her role as Purdey in The New Avengers, which propelled her to fame.

The British Academy Television Awards take place on May 14. 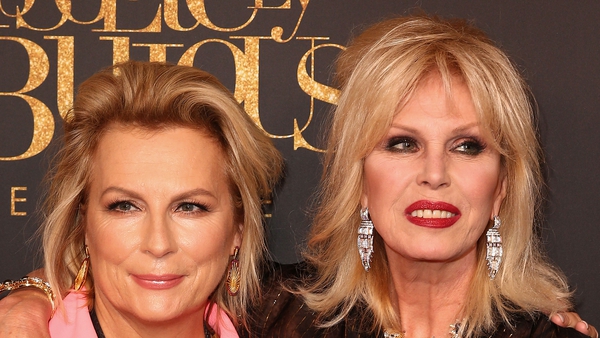