Fair City fans were left frustrated after Wednesday night's episode which saw Katy almost escape after a year of being held captive by Ciaran.

In the episode, Ciaran came very close to finally letting Katy go only to receive a phone call about Farrah being rushed to hospital to distract him from setting a newly 'blonde' Katy free.

Since Katy was kidnapped we've had Brexit,Trump & Enda Kenny's still in charge.She might be better off locked up #GoggleboxIRL #faircity

Viewers took to Twitter to share their thoughts on the close call with one user saying, "All I want for my birthday is for Katy to be released from the box."

Reckon Enda Kenny isn't going to step down until Katy is free...... #FairCity

Another said the storyline is "ridic at this stage" with it also being labelled "frustrating."

An online petition that received over 6,000 signatures was formed to end the story-line, with Fair City writers saying it was necessary to take their "time to unfold" the plot fully as it "allows us to explore different facets of the drama and how it impacts each of the characters."

Come on #FairCity but the Katie story line is just dragging.Ugh just let her out 😣

@PaulC1611 It's just ridic at this stage #FairCity

Katy's one year anniversary of being kidnapped.

It is so frustrating.. I think I have to stop watching this #FairCity

Fair City continues on Thursday night at 8.00pm on RTÉ One. 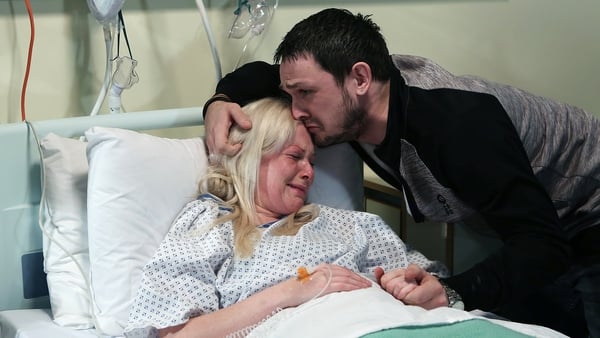