Elton John has cancelled a series of shows in the US after suffering from a "potentially deadly" bacterial infection that forced him to spend two nights in intensive care.

The singer, 70, contracted the infection during his recent tour of South America, according to the Press Association.

He became "violently ill" during the flight home from Santiago, Chile and was admitted to hospital.

John is now back at home but has been forced to cancel the May and April dates of his Las Vegas residency.

A statement said: "We regret to inform you that due to medical reasons, Elton John is forced to cancel his entire performance schedule for the upcoming April/May run of The Million Dollar Piano at The Colosseum at Caesars Palace.

"Elton is also cancelling his scheduled performance for Bakersfield, California for Saturday May 6."

John said: "I am so fortunate to have the most incredible and loyal fans and apologise for disappointing them.

"I am extremely grateful to the medical team for their excellence in looking after me so well."

The statement continued: "During a recent, successful tour of South America, Elton contracted a harmful and unusual bacterial infection.

"During his return flight home from Santiago, Chile he became violently ill.

"Upon returning to the UK, Elton's doctors admitted him to hospital, where he underwent immediate treatment to remove the infection.

"After spending two nights in intensive care followed by an extended stay in hospital, Elton was released from hospital on Saturday, April 22 and is now comfortably resting at home per doctors advice.

"Infections of this nature are rare and potentially deadly. Thankfully, Elton's medical team identified this quickly and treated it successfully. He is expected to make a full and complete recovery."

The star will be returning to his schedule of live performances in Twickenham, south west London, on June 3. 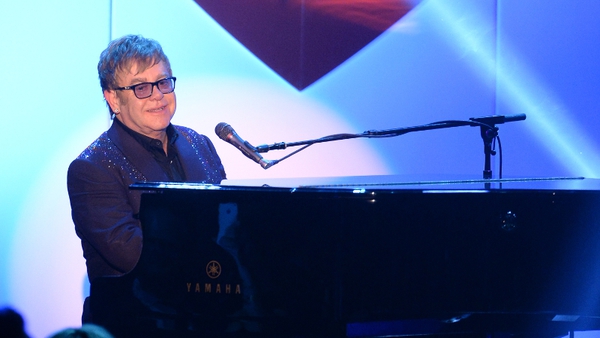 Elton to decide future as touring musician in 6 months