The challenge came after Perry, who was born in the US but raised in the Canadian city of Ottawa, claimed that he once "beat up" the future prime minister when they were in primary school together.

"I have a story about him that I'm not proud of," the actor said on Jimmy Kimmel's talk show, before admitting that he "beat up" Trudeau, whose father Pierre Elliott Trudeau was prime minister at the time.

The actor said that he beat up the younger Trudeau with a friend out of jealousy. "I think he was excelling in a sport," Perry added. 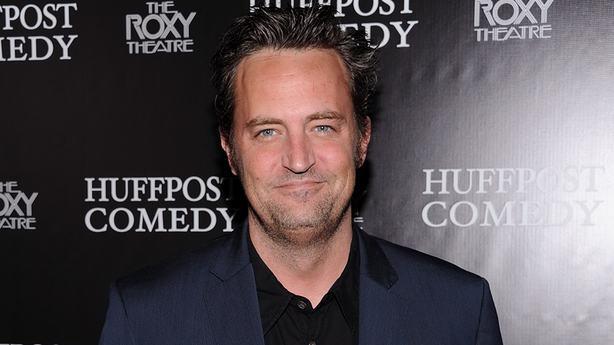 "I'm not bragging about this, this is terrible. I was a stupid kid," Perry told Kimmel. "I didn't want to beat him up. In fact at one point I think I tried to turn it into a love play.

"But I think I was instrumental to him going to such great heights and becoming the prime minister," Perry joked.

Trudeau – who's a keen boxer and a former bouncer - joked on Twitter on April Fool's Day that he'd been keen to stage a rematch.

The PM threw down the gauntlet and tweeted that he'd "been giving it some thought, and you know what, who hasn't wanted to punch Chandler? How about a rematch Matthew Perry?"

I've been giving it some thought, and you know what, who hasn't wanted to punch Chandler? How about a rematch @MatthewPerry?

Perry, who in the intervening years has of course gone on to achieve worldwide fame by playing Chandler Bing in Friends, tweeted back a thanks but no thanks as he felt the re-match might not be the fairest.

And why is that ? Well as he said it might be best to pass considering his former school mate has "an army at your disposal". As excuses go....