Brad Pitt and Angelina Jolie are reportedly back on speaking terms, six months on from the announcement of their divorce.

The former couple, who are commonly referred to as 'Brangelina', are believed to be on “cordial” speaking terms for the first time as the custody battle over their six children continues.

The two parted ways abruptly in September when Jolie accused Pitt of getting physical with their eldest son, Maddox, on a private plane and involved the authorities.

The World War Z star was ultimately cleared of any wrongdoing, but a temporary custody agreement struck by the couple limited his visitation and involved a therapist.

In January this year, both sides agreed that the details of the custody of children Maddox (15), Pax (13), Zahara (12), Shiloh (10) and twins Knox and Vivienne (8) would be kept private in sealed court documents.

“He’s very relieved that things are not playing out in public anymore," a source told People in an article out Wednesday, calling the estranged couple's detente "a work in progress."

The two are still negotiating their split, the source said, but Pitt is "much happier." 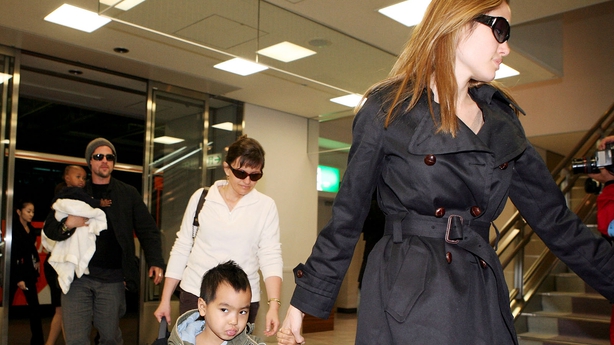 Another source told E! that “they recently started talking again and it’s a significant step.

"Up until now, everything was through lawyers and assistants. They did not speak at all after the plane incident and everything that went down in the press.”

Known as Hollywood's most famous couple, the pair wed in August 2014, after ten years together. They met on the set of Mr and Mrs Smith in 2004, when Pitt was married to Friends star Jennifer Aniston.

Jolie was previously married to actor Billy Bob Thornton for three years before their divorce in 2003.