The organisers behind a proposed David Bowie memorial statue marking the late music icon's London birthplace have confirmed that they have failed to raise enough money for the project.

Design team This Ain’t Rock’n’Roll had hoped to fund a ZiggyZag statue, shaped like the iconic lightning bolt from his Aladdin Sane album cover, to be situated in Brixton, south London,  just streets away from Bowie’s Stansfield Road birthplace.

But despite the support of the local Lambeth Council, not enough cash has been raised to make the project become a reality.

Organisers are now hoping to create an alternate 'appropriate piece of public art'.

A statement says: "Of course, £50,000 doesn’t go anywhere near realising the ambitions of the ZiggyZag. It will be no surprise to anyone that this crowdfund isn’t going to hit its target."

It adds: "We are still determined to celebrate David Bowie, in Brixton, with a challenging and appropriate piece of public art. We're just going to have to approach the fundraising in a different way."

The organisers also noted: "If someone had told us a year ago that we’d raise £50,000 from nearly 700 wonderful people in just three weeks we wouldn’t have believed it possible.

"Thank you from the bottom of our Bowie-obsessed hearts for supporting us." 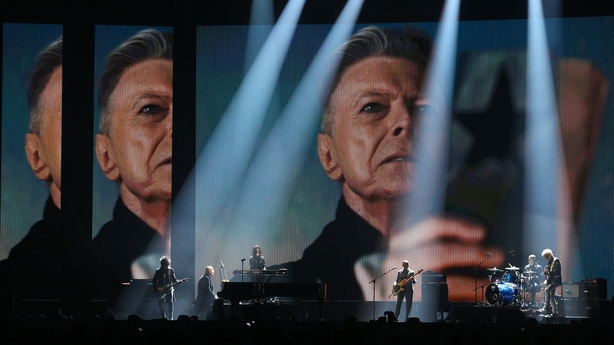