Former One Direction star Zayn Malik has said he has conquered the anxiety and eating problems he suffered when he was in the band.

The 24-year-old singer previously opened up about struggling with an eating disorder and has now explained that it was "a control thing."

"Every area of my life was so regimented and controlled, it was the one area where I could say, 'No, I'm not eating that'," he told The Sunday Times' Style magazine.

"Once I got over the control, the eating just came back into place."

He said: "I came back to the UK and spent some time with my mum and got some TLC, and she cooked me food and I got back in touch, mentally, with a lot of the things I'd lost."

Malik, who is dating model Gigi Hadid, launched a solo career after leaving One Direction but last year had to cancel a number of performances because of low self-confidence.

However, he said things have improved and that being open about his problems helped.

"I now have no problem with anxiety. It was something I was dealing with in the band," he said.

"People are often afraid to admit difficulties, but I don't believe that there should be a struggle with anything that's the truth." 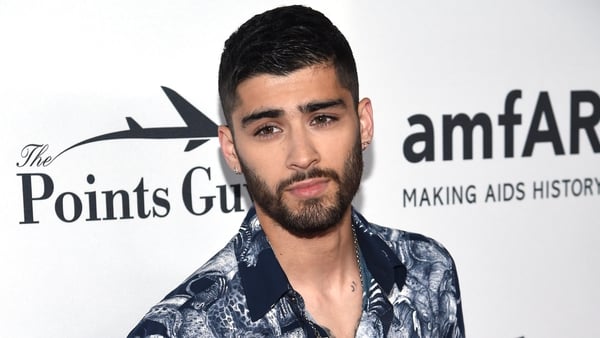 Malik would advise his younger self not to join 1D